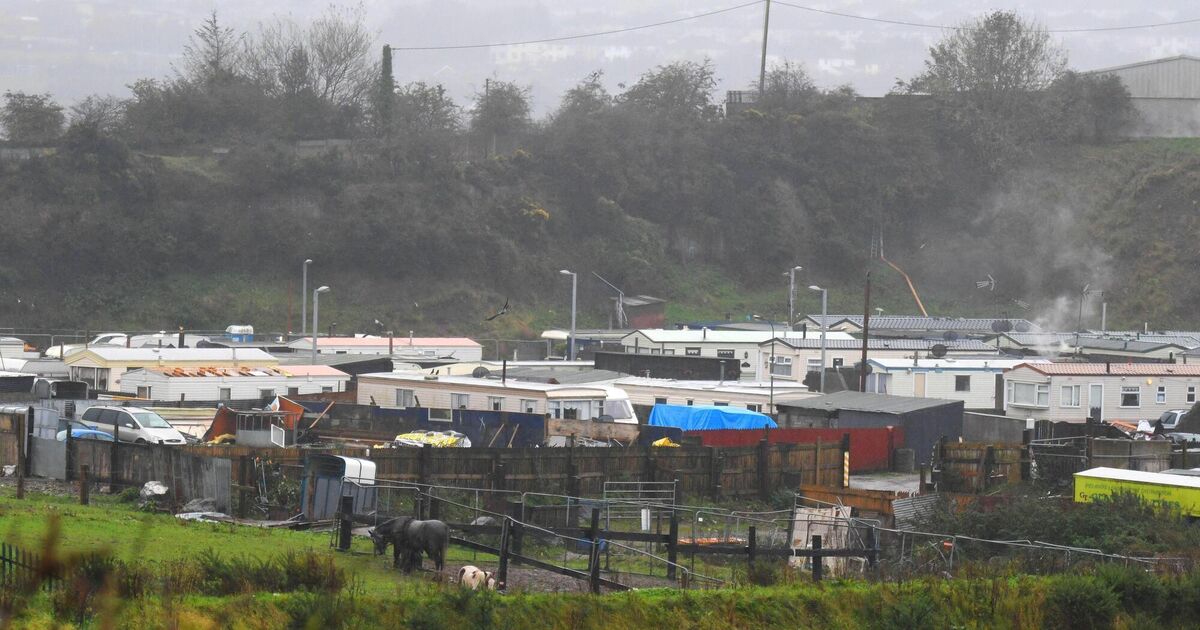 Hidden homelessness is a growing problem for many Travelers and a new report also suggests the number of homeless Travelers is vastly underestimated.

The report, launched by the Cork and Kerry Regional Traveler Accommodation Working Group (RTAWG) on Tuesday, says the supply and supply of traveler accommodation has reached a “critical level”, with increasing numbers of travelers forced into homelessness at “an alarming rate”. .

The report, which focuses on Cork and Kerry, also says definitions of homelessness and overcrowding should be changed to more accurately reflect the often overcrowded and substandard level of accommodation used by people in the community. travel.

“Despite these grim statistics, the reality is, in fact, much worse, as government statistics on the number of homeless people obscure the reality of homelessness and accommodation conditions within the Traveler community. and fail to recognize that those who must live in overcrowded and highly inadequate conditions are, in fact, homeless due to their status as hidden homeless,” he said.

“The failure of local authorities to provide suitable accommodation options for travelers has resulted in a situation where travelers are forced to live in overcrowded and unsafe conditions or are forced into homelessness.

“Many Travelers find themselves unable to access private rental accommodation – those who must hide their identity and risk eviction when the landlord finds out they are Travellers.”

The report examines the causes and impact of hidden homelessness on the traveler community in South West Munster, incorporating the city and county of Cork and Kerry, using data collected in spring and summer 2018 with assistance from the UCC School of Applied Social Studies and Dr. Samantha Morgan-Williams from the Traveler Equality and Justice Project.

In 2019, there were 42 families in unauthorized sites and 129 families sharing accommodation in Kerry, Cork City and County Cork.

Dr Morgan-Williams said 22 per cent of respondents identified as homeless according to the current legalized definition, but if the European typology standard for homelessness and housing exclusion (Ethos) used by the European agency Feantsa was used, the figure was 85%. This definition includes inadequate or precarious housing.

The RTAWG said there needs to be a culturally appropriate response to traveler homelessness, as well as a dedicated budget.

The report also identified how local authorities can cause homelessness. He referred to cases where newly married traveler couples resort to towing a trailer through the yard or driveway of a house and, as a result, are sometimes taken to court.

“Recently, a couple were threatened with confiscation of the caravan if it was not removed and prohibited from staying with the family on the property of the council in question. The court agreed that this led to dangerous and overcrowded conditions and awarded council the order. The result of this, however, was that the young couple had to reside in their car as they could not find accommodation elsewhere.”

The report also describes the problems associated with the allocation of housing based on choice.

“We lived in the car for a while”

“My partner and I had to move into my parents’ bay with the young baby and the three children. We’ve been on the housing list for nine years, but we have no idea where we are. We lived by the side of the road but we continued to move. We lived in the car for a while and stayed in hotels. We decided to stay here again as the hotels were not child friendly. All of us in the same room on top of each other.

“There are now three families living in the same bay. You can imagine how busy it gets on school mornings. The kids can’t have friends over and they’re embarrassed. We just want our own space.”

“When we got back, he had changed the locks”

“We managed to get a small apartment, we didn’t tell him we were Travelers because we didn’t want any trouble and we had the money and everything. One day I met him as I was leaving with the baby. He was angry and stopped me and asked if we lied and were we travellers? I didn’t answer, I was too scared.

“When we got home he had changed the locks and wasn’t answering our calls. Everything we own is in there – I don’t know what to do.”

“I will never forget the stress of it all”

“My story is that I am a mother of six children, four of whom go to school and live with us. We were in private rental accommodation when the landlord gave us leave. there was so little available and I think when they found out we were travelers it made it a lot harder even though we had very good references it’s the different tone of voice or the silence you just know that they reacted negatively.

“We found ourselves in holiday accommodation for weeks, living without suitcases because the agreement with the rental company was only weekly. The children were suffering and every morning before going to school they asked me ‘where are we going to sleep tonight’ and I’ll never forget the stress of it all. Not knowing what was going to happen or where we were going was absolute hell.

“The local council kept insisting we had to move to another town because there was no accommodation there. They said we had to get a four bedroom house, even though we were happy to stay local and in a three bedroom house I continued to refuse to move to another city on the grounds that I didn’t drive, my younger children were getting extra support and doing very well in school and that my teenager had great support, lots of friends, was happy to go to school and my partner also worked locally.

“The town hall does not take into account all these important aspects of life. My mental health was suffering and I was exhausted from trying every day to find accommodation for my family, knowing that there was a new social housing estate in build locally and we weren’t even being considered for them.

“I really believe it was the fact that I had great support from my local travelers organization and two local TDs, who wrote letters to the housing authority to support me and my family, that we got one of the new houses.

“The difference of having our own home now is amazing, I can’t describe how happy and safe we ​​feel now. I just wish the council understood the discrimination we face and made it easier to apply for housing listing. everything and then be more helpful when looking for housing.”