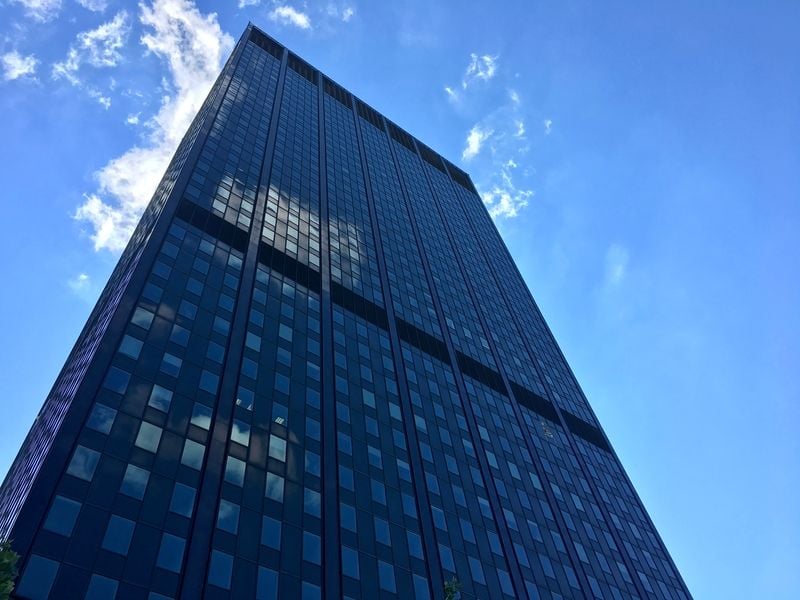 Tower at Erieview apartments will carry the W brand, in Marriott’s first foray into rental

All 227 planned apartments in the Erieview Tower will carry the W name – the first rentals to fly this premium hospitality flag.

The lower floors of the 40-story office tower in downtown Cleveland are already set to become a W hotelunder an agreement announced last fall by Marriott International Inc. and members of the Kassouf family, owners of the building.

Now, this lofty repositioning will extend to upstairs living areas, where tenants will have access to in-room dining, cleaning, laundry services and other amenities. Representatives from Marriott and the Kassoufs confirmed this week that the parties had signed a licensing agreement, marking the hotel giant’s entry into the apartment market.

“W Apartments Cleveland is the first branded residential rental for the brand and in Marriott’s branded residence portfolio,” a Marriott spokeswoman wrote in an email.

Existing W Residences are products for sale – luxury condos and vacation properties with fractional ownership structures. Across its stable of brands, Marriott had nearly 190 such projects open or under development around the world as of the start of this year.

“Marriott’s branded residential business soared in 2021 as changing lifestyles fueled growing interest in on-demand amenities and services from brands people admire and trust” , the company wrote in a January update on market trends and development activities.

At the Erieview Tower, Marriott will provide design advice for the apartments and training for a third-party rental and management organization contracted by the Kassoufs.

“In terms of urban real estate, Cleveland has nothing that compares to the thoughtful design and inspiring energy of W Apartments,” said James Kassouf, the leader of the family ownership group, in a written statement. “Our vision of leisure living and lifestyle in Erieview Tower has reached a new level with this agreement.”

The tower will certainly not be the first downtown redevelopment project to mix housing and a hotel. On East Ninth Street, the apartments perch above the Metropolitan at 9 and the Schofield Hotel. But the W is a luxury brand, a cut above the hotel food chain.

The 210-room hotel will be the first W in Ohio and will include a full-service spa, gym and 15,000-square-foot ballroom and event center.

“This project will serve as a distinctive feature of the Erieview Tower, providing guests and tenants with an iconic luxury experience,” said Dana Jacobsohn, Director of U.S. Luxury Brand Development and Global Mixed-Use Projects at Marriott, in a statement. a written statement.

Anthony Delfre, an investment banker responsible for financing the $93.4 million tower renovation, did not provide specific rental rates for the apartments. He said prices will be comparable to those paid by tenants in other downtown high-rise projects, such as the Lumen at Playhouse Square and the Beacon at Euclid Avenue and East Sixth Street.

Marriott and the Kassoufs believe the W brand will grow over time, but “we don’t intend to do anything out of the market,” said Delfre, principal and general manager of Brown Gibbons. Lang & Co.

Construction of the apartments is expected to begin early this year. The first units could open in early 2023.

The reimagined tower will also include a restaurant, in the former Top of the Town space on the 38th floor; additional parking, in the basement; and 300,000 square feet of office space, including a coworking facility run by an unidentified national operator.

The Kassoufs, like many landowners across the state, are awaiting news of the first round of tax credits from Ohio’s Transformational Mixed-Use Development Program.

In October, the Ohio Department of Development received nominations for more than $417 million in awards — in a contest where there is $100 million up for grabs this year.

The state has not set a timeline for an announcement. Awards must be reviewed by the Ohio Tax Credit Authority, a five-member body that meets on the last Monday of each month.

The Tower at Erieview team is asking for nearly $9.4 million in tax credits.

A copy of the application, obtained through a public records request, shows that the redevelopment of the tower is expected to be completed in March 2024.

Renovations to the Glazed Galleria, a largely empty two-story commercial building, could begin in 2023. – credit application.

The entire two-phase project could represent an investment of $136 million, the document says.

The Kassoufs bought the complex, which also includes a garage with more than 420 spaces, in 2018.

The 1960s office tower, at East 12th Street and St. Clair Avenue, was listed on the National Register of Historic Places in 2017.