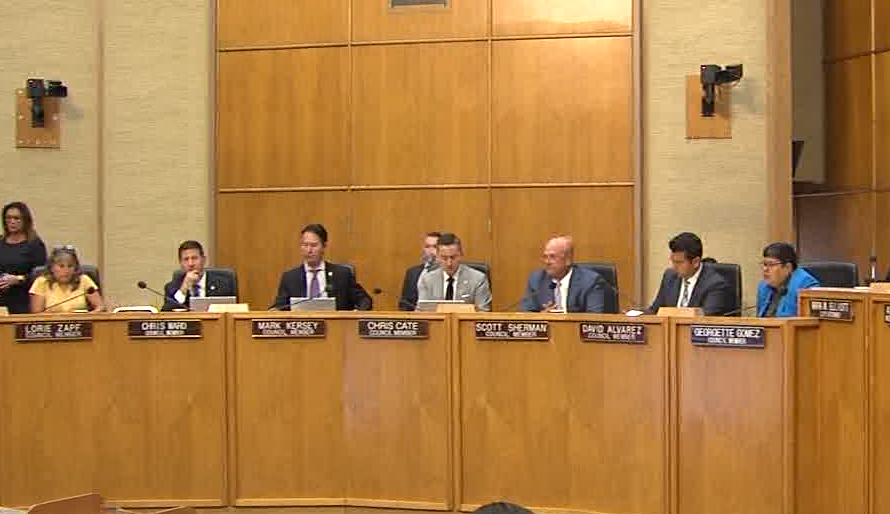 SAN DIEGO (KUSI) — Three incumbent members of the San Diego City Council will fight to retain their seats on Tuesday, while two candidates compete for an open seat in the District 6 race.

In District 2, incumbent Jen Campbell will face dentist/teacher Linda Lukacs. They edged out former MP Lori Saldana – who came third – and three other candidates in the June primary. City council races, like all municipal races in California, are ostensibly nonpartisan.

District 2 — which encompasses the neighborhoods of Mission Beach, Ocean Beach, Point Loma and Clairemont — was upgraded from Republican to Democrat by Campbell in 2018.

A doctor, Campbell received key endorsements from Mayor Todd Gloria and a majority of local and congressional county officials. Campbell has in recent months won approval to regulate and reduce the number of short-term vacation rentals in an effort to free up hundreds of residences for San Diego’s tight housing market.

Additionally, she was successful in passing regulations on sidewalk and cart vendors. She is one of the main forces behind Measure C, which aims to remove the 30ft coastal height limit in the Midway area to allow for the construction of a stadium and affordable housing project. She also joined efforts to ban flavored tobacco products and declare San Diego a safe city for reproductive freedoms and access to abortion.

Campbell survived a 2021 recall effort, led by residents opposed to her efforts to regulate short-term vacation rentals. She served as city council president for a year before being replaced by Sean Elo-Rivera.

Lukacs has been endorsed by the San Diego County Republican Party, but says she would lead in a nonpartisan manner. It also supports development in the Midway area, but not through Measure C and only once “the appropriate infrastructure is in place”. She supports the police and says she wants them to be fairly compensated and adopt a ‘community-oriented policing’ strategy.

She said she finds the “people’s ordinance” regarding garbage collection to be unfair in its current state. “We live in a neighborhood that we can and should be proud of,”

“I have no allegiance to any political party or political program,” she told KPBS. “My allegiance goes to God first, then to the people of San Diego, especially those in District 4.”

In the District 6 race, nonprofit director Kent Lee and environmental activist Tommy Hough will face off in their bids to replace Councilman Chris Cate, the only Republican currently on the San Diego City Council. Both men are Democrats, leaving the very real prospect of no Republican representation on the technically nonpartisan nine-person council.

They share ideas in most areas, but have drawn differences in recent months on housing and people’s ordinance.

Hough, a former local radio host, is county planning commissioner and has been actively campaigning for the position for several years, losing to Cate for the seat in 2018. His priorities include a hyperlocal focus on road repair and l improving parks and libraries in the neighborhood. He opposes the effort to repeal the people’s ordinance, which would require every San Diegan — landlord and tenant — to pay a fee for garbage collection.

Currently, the 100-year-old ordinance means that any resident who can put their trash on the sidewalk doesn’t have to pay a collection fee, while those in apartment complexes or who use a shared bin must pay a third-party carrier. to pick up the trash. “I’m tired of seeing our District 6 neighborhoods being left behind by the city, and our concerns about basics like parks and roads being dismissed by an increasingly Hubrist City Hall that seems to have lost patience working with neighborhoods and more focused on implementing unrelated initiatives,”

Hough told the San Diego Union-Tribune. It has been endorsed by the Sierra Club, the League of Conservation Voters, and the San Diego Progressive Democratic Club. Lee is a first-generation immigrant who studied at UC San Diego. He was Executive Director of the Pacific Arts Movement, a media arts organization focused on Asian, Asian American and Pacific Islander cinema and host of the annual San Diego Asian Film Festival. He stepped down from his role to campaign. Its priorities include improving neighborhood services, COVID-19 economic recovery, increasing access to housing at all levels of affordability, and investing in the future of Convoy Pan Asian Cultural and Business Innovation. District.

“In our last 16 years of living in District 6, things have changed dramatically,” Lee said. “The cost of housing, interest rates and other economic factors have made housing more difficult for everyone in San Diegan. There is no single solution to solving the housing crisis, and so the leadership needed to avert this crisis will lie in consistent ideas, decisive action and strategic collaboration across our region.

She won council approval to pave dirt roads and alleys in the city’s poorer areas. She has been on maternity leave since giving birth on August 31. Its priorities are to ensure that remote and non-contiguous District 8 – which covers Barrio Logan and Logan Heights as well as the border communities of San Ysidro and Otay Mes – is not overlooked or neglected in terms of funding and health services. the city, as it has been historically.

“These two years have been difficult for our friends, our family and our neighbors,” said Moreno. “As a member of your Council, I have fought to ensure that the recovery of our neighborhoods and our families is and continues to be at the center of the city. We need to push the city to do more.

Martinez, a Democrat, is on staff for Rep. Juan Vargas, D-San Diego, and a member of the San Ysidro School District Board of Trustees. His priorities include establishing an infrastructure maintenance plan for the district, establishing a homeownership program for people of color, cleaning up the Tijuana River Valley, and building housing. more inclusive. “If you have two or three jobs, if your family has two or three jobs, and you still can’t make ends meet, there’s something seriously wrong with what we’re doing.” he told KPBS.