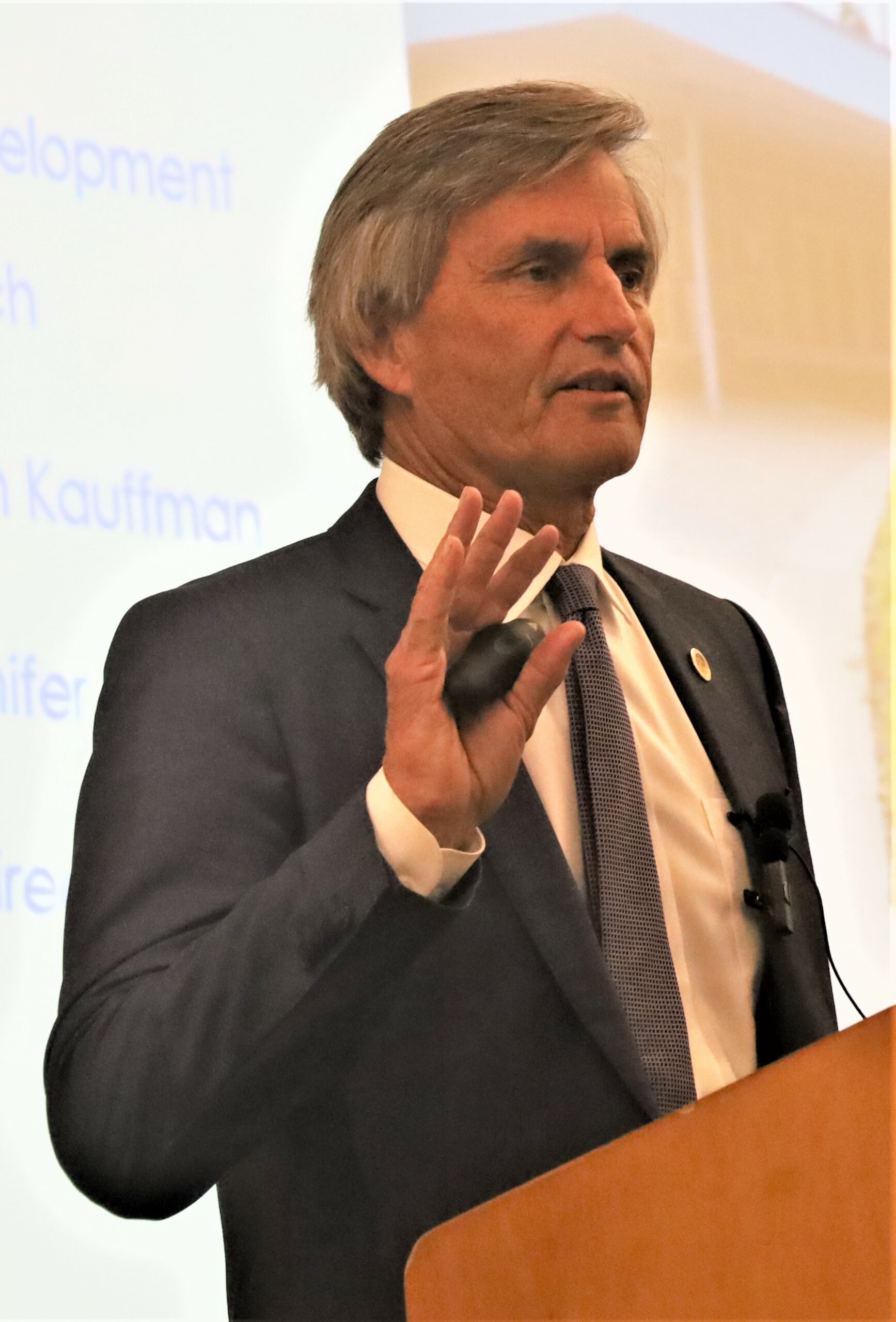 Redondo Beach Mayor Bill Brand delivered his “state of the city” address Wednesday, in person at the Sonesta Hotel, touting city projects such as port amenities, a new name for a South Bay Galleria redone, a new use for an old library and new city funding.

He also presented a lifetime achievement award to the man who developed Shade Redondo Hotel.

Brand, in the second year of his second term as mayor, spoke to the crowd about the city’s $600,000 structural budget deficit, $6 million net loss from the pandemic, and what he described as perhaps the biggest item of the last year – the $226 million refinancing of California Public Employees Retirement System (CALPERS) debt from 7% interest to 2.8%.

He talked about the amenities plan and a city council vote the day before to go ahead with a concept for a waterfront education facility.

“To be able to engage disadvantaged communities of color in Los Angeles,” he said.

He spoke of an effort to revitalize the Aviation/Artesia Boulevards corridor — to revamp parking standards and institute priority uses such as restaurants.

He reported that a 600-sheet building plan was recently submitted for the adaptive reuse of the South Bay Galleria – which will be renamed the South Bay Social District.

A full-scale mock-up of the project is set to go on display at the Galleria in August, he said.

For the historic 1930 city library at Veterans Park — where Brand once gazed out the windows at the ocean as a 10-year-old — community feedback is being gathered for potential new uses, which will be evaluated by the city ​​council in July.

Brand thanked police and public works for their quick response to the shooting at the pier last August. He thanked hospitals for their work during COVID-19 outbreaks.

“The State of the City” was featured in memory of Patricia Dreizler, who died last weekend at 96, known for her decades of community service. Emergency room