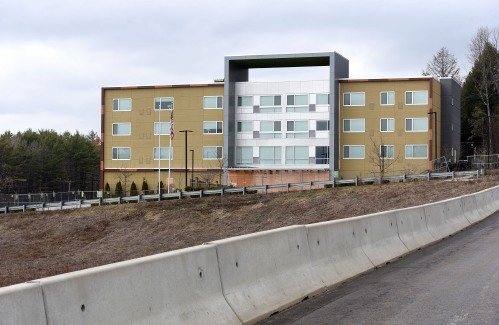 The former Element hotel in Lebanon has been sold, with plans to move to apartments in the short term

LEBANON – After being unoccupied for more than two years after an explosion damaged the building, the former Element Hotel on Route 120 will soon come back to life.

A Massachusetts private equity firm specializing in residential housing projects has acquired the former hotel from owner David Leatherwood and plans to convert it into a short-term residential building for employees of Dartmouth Hitchcock Medical Center, Dartmouth College and who are in the Upper Valley for a short time or are looking for permanent accommodation.

The units will be ready for occupancy starting in August, said Tony Librot, chief operating and financial officer at AAM15 Management LLC, the Burlington, Mass.-based buyer.

“Our goal is to provide short-term housing solutions to residents of the Upper Valley. Given the needs of Dartmouth Health and Dartmouth College, it’s a no-brainer,” Librot told the Valley News Wednesday.

The element was closed after an explosion and a fire disabled the building’s mechanical system. It was already set to be converted into short-term accommodation under Leatherwood, which last year announced plans not to reopen the hotel, which it said had struggled with bookings before the explosion .

Leatherwood, whose Norwich Partners also owns the nearby Marriott Courtyard and Marriott Residence Inn hotels on Route 120 in Lebanon, did not respond to an email for comment on Wednesday.

Librot said the “vast majority” of Element’s older units will be ready for occupancy between Aug. 1 and Sept. 1, and AAM15 is investing an additional $2.1 million this year to purchase mattresses, new kitchen and televisions for the units.

A particular segment of the workforce in need of temporary accommodation are traveling nurses from area hospitals, some of whom have ended up living – at least in the milder season – in trailers at campgrounds. the Upper Valley.

The former hotel will consist of 88 studios and 32 one-bedroom apartments.

Librot declined to say how much tenants can expect to pay in rent other than to describe it as “market rate”.

In Lebanon and Hanover, market rates can exceed $1,800 per month for a one-bedroom apartment, according to recent data collected by Evernorth, an affordable housing nonprofit.

Rents are even higher in new luxury rental complexes; One-bedroom apartments at Timberwood Common and Emerson Place in Lebanon currently cost around $2,300 per month.

In addition, the former Element complex will have “24-hour on-site concierge staff,” including an apartment for a resident manager, amenities that will be factored into the rent, Librot acknowledged.

Currently, the property is only licensed as a hotel, which means occupancy cannot exceed 120 days.

But Librot said AAM15 expects to go to the city to seek a waiver to change the permit to allow multi-family apartments because there is market demand for extended occupancy beyond four months. but shorter than a typical lease.

“The fact is that the need for housing is so great in the Upper Valley that we would be remiss if we did not recognize it,” Librot said.

It’s unclear whether city zoning officials will be persuaded to change the permit, but Librot said that by allowing multi-family occupancy, the city would capture tax revenue that would otherwise come as a room tax. hotel and meals, would mainly go to the State.

“We want to partner with the community,” Librot said.

The apartment vacancy rate in the Upper Valley has been below 1% for years, forcing many employees in Lebanon, Hartford and Hanover to endure commutes of up to an hour or more from their workplace.

Last week, eight local employers banded together to capitalize a $10 million fund that will be applied to building 260 affordable housing units in which tenants will pay below-market rents.

Although Evernorth identifies more than 1,000 apartments as being under construction, authorized or in the process of permits in Lebanon, Hartford, Hanover and Claremont from 2021 to 2023, these are nevertheless thousands of units less than the project of regional planners will be required by 2030.