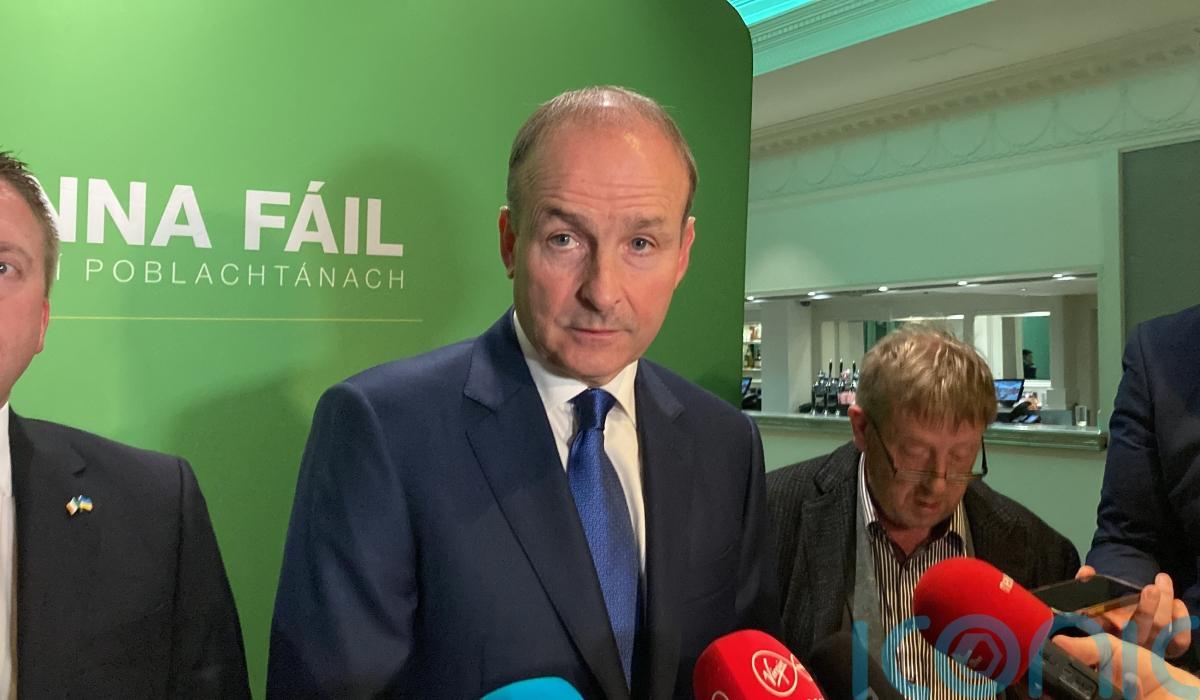 The Taoiseach has defended the Irish government’s response to the housing shortage for Ukrainian refugees, describing it as “remarkably swift”.

Micheal Martin admitted it was “unsatisfactory” that more than 30 Ukrainian refugees were left homeless on Friday.

But he rejected the suggestion that the increase in the number of refugees arriving in the country had been predicted months ago.

It emerged that more than 30 Ukrainian refugees were left homeless on Friday.

It comes after the government admitted on Thursday that it cannot rule out Ukrainian refugees ending up on the streets due to a lack of housing.

Speaking before the Cairde Fail dinner in Dublin on Saturday, Mr Martin said it was not a ‘fair’ argument to suggest the government should have foreseen the need for accommodation.

“The numbers shouldn’t have been higher,” he said.

“Certainly not before the summer, we didn’t expect them to reach higher levels than what we have now.

“And the state has not been slow. The state was remarkably quick, I would say, in terms of responding to a war situation, the worst humanitarian crisis in Europe since World War II.

“We have witnessed the displacement of over six million people and Ireland, in terms of percentage per capita, has responded in my view, in an extraordinary way, in an unprecedented way, in terms of the numbers that we have already welcomed.”

Up to 55,000 Ukrainians have arrived in the country since the outbreak of war in February.

Mr Martin said the government was “urgently” looking for further accommodation, admitting it was “under pressure”.

Asked if he knew the exact number of refugees who had been told there was no accommodation, Mr Martin replied: “Thirty-three is the number I have now and I think some have gone back to the airport”.

The Fianna Fail leader added that the government will do everything in its power to “speed things up” to accommodate the growing number of refugees.

“Some countries have had people in tents for quite a long time due to the large number of people fleeing war,” the Taoiseach said.

“So I think it’s not just an Irish phenomenon. It’s a Europe-wide phenomenon, unfortunately.

“We will definitely do everything we can to speed things up and put more hosting in play.”

Earlier Deputy Minister Martin Heyden said it was “disappointing” that the refugees had no accommodation, adding that it was not the space the government wanted to be in.

The Ministry for Children, Equality, Disability, Integration and Youth confirmed to the PA news agency on Saturday that 33 refugees, all single men, were told on Friday that they were not there was no accommodation available for them.

A spokesperson said: ‘Thirty-three people, all single men, were notified yesterday that no accommodation was available and have been asked to provide their details when available.

The Citywest transit center, which processes new arrivals, has reached capacity. It is understood that some slept at Dublin Airport overnight.

Mr Heyden told RTE with Katie Hannon on Saturday that from Monday an overnight facility will be in place at Dublin Airport to accommodate refugees arriving on late flights, before being processed at the hub from Citywest the next day.

He said an increase in the number of people coming from Ukraine has put “stress and pressure” on the system.

He added: “We cannot guarantee everyone who comes here a bed now because of the situation we find ourselves in. We need to be honest and upfront about this as we redouble our efforts, work through the government, through state agencies to develop these medium-term solutions.

The Department for Children, Equality, Disability, Integration and Youth said on Thursday evening that the Citywest transit center had reached capacity amid a severe constraint on suitable accommodation.

A group representing NGOs said pregnant women and elderly people were sleeping on chairs and on the floor at the overcrowded Citywest facility.