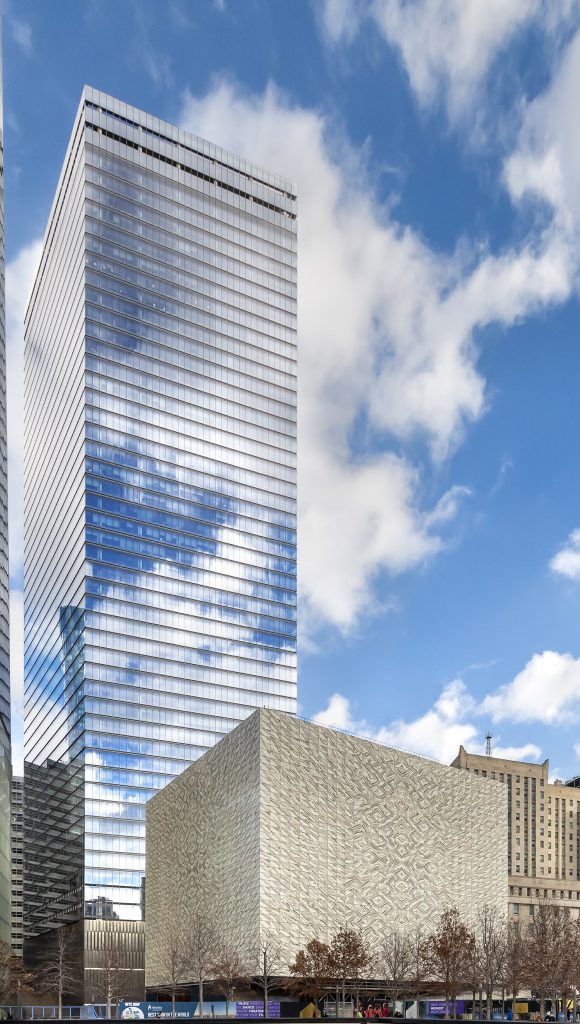 The four leases bring the building to 97% occupancy, with a 40,000 square foot floor available for rent. Separately, Goldman Sachs led the refinancing, including $449.19 million of tax-exempt bonds and $8.31 million of taxable bonds. The deal was executed in green bonds, financing instruments that raise capital and invest in new and existing projects with environmental benefits.

“7 World Trade Center is one of New York’s most iconic office buildings,” said Jeremy Moss, executive vice president and chief leasing officer for Silverstein Properties. “It’s very gratifying to see long-term tenants renewing and new tenants joining us in the building. As businesses adjust to post-pandemic life and plan for the future, well-located, accessible, sustainable, and high-tech buildings like 7 WTC will continue to be their workplace of choice.

“When 7 World Trade Center opened in 2006, it opened a new chapter in the history of Lower Manhattan,” said Marty Burger, president and CEO of Silverstein Properties. “As New York’s first LEED-Gold certified office building, it has set a new standard for sustainable design, energy efficiency, health and safety. The building was also quickly leased to some of the city’s most forward-thinking businesses. From now on, thanks to its refinancing carried out in green bonds, the 7 World Trade Center continues to serve as a model of sustainable development.

Across the Silverstein Properties portfolio, businesses now have access to a new onboarding program, INSPIREwhich offers hotel-grade amenities, community events, fitness classes, and access to all amenities spaces and flexible coworking spaces in the Silverstein portfolio, allowing guests to choose the best work environment for their needs.