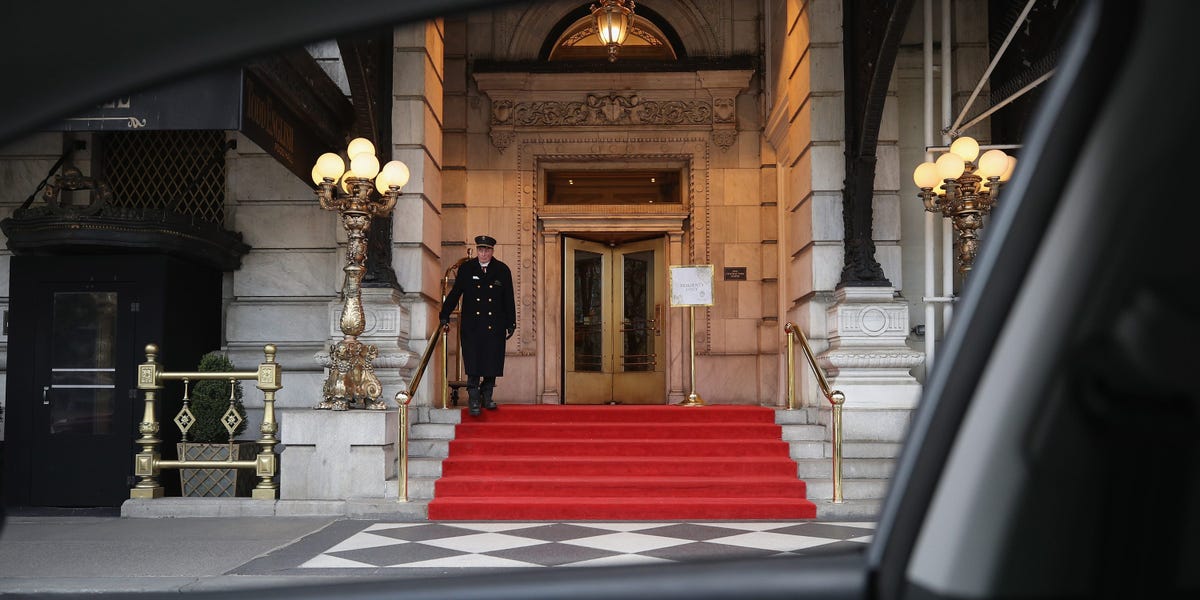 Inflation is finally slowing, but most Americans are still struggling to keep up.

Hotel and restaurant workers, however, are doing very well.

Inflation data released Wednesday morning showed clear signs that the year-long surge in prices is reversing. Year-over-year inflation slowed to an 8.5% pace in July, the Bureau of Labor Statistics said, down from the 9.1% rate in June. The consumer price index remained stable in July alone, also slowing from the pace of the previous month.

By all measures, CPI inflation is below economists’ forecasts. Still, workers are unlikely to feel much relief.

That’s because, for the vast majority of American workers, the increases are nowhere near keeping pace with inflation. Inflation-adjusted average hourly wages have plunged for much of the pandemic, first dragged down by the pandemic recession and then weakened by soaring inflation. On average, workers today have less purchasing power than at the start of the pandemic.

The overall salary measure only tells part of the story. Wages in some sectors have fallen dramatically relative to inflation, leaving workers ill-equipped to deal with this year’s price spike.

Workers in the “other services” sector, which includes machinery repair, religious activities, dry cleaning and laundry, etc., are the furthest behind in the inflation race. Real wages in the sector are down 4.9% year-on-year, according to government data.

Wholesale trade workers follow closely behind, with their real wages falling 4.4% in the year to July. Inflation-adjusted wages for mining and logging workers fell by the same amount. Employees in the manufacturing sector fared only slightly better, with real wages down 4.2% over the period.

Only leisure and hospitality workers have seen their purchasing power improve over the past year. Employees in the sector have seen their inflation-adjusted salaries climb by 0.2% since July 2021. This 12-month period includes the initial spread of the Delta variant, subsequent economic restrictions, the rapid spread of the Omicron variant and the start of this year’s summer trips. season.

Businesses in the sector, including restaurants, bars and hotels, rushed to rehire throughout 2021 as vaccine rollouts revived in-person spending. As the United States adjusted to a new pandemic-era economy, leisure and hospitality businesses paid to ensure they were fully staffed and ready to respond to massive demand from Americans.

This hiring frenzy is on; leisure and hospitality businesses added 96,000 jobs in July, more than any other sector. They also had nearly 1.5 million job openings at the end of June.

For the rest of the labor market, there is still hope that wages can catch up with inflation. Gasoline prices continued to fall in the first week of August, signaling that headline inflation may fall again when the next CPI report comes out in September. Prices for various commodities have also weakened in recent weeks, as has buying activity in the housing market. The economy that was once plagued by insufficient demand and supply is beginning to balance itself out.

Wage growth before inflation, meanwhile, is strong. Average hourly earnings rose $0.15, or 0.5%, in July, beating the estimate of a 0.3% increase and accelerating from the month’s 0.4% rise previous. Job vacancies data for June also showed that demand for labor still significantly outstrips supply, suggesting companies will need to keep raising wages at a faster pace than usual. to hire and retain workers.

The labor market still has a long way to go if it is to catch up with the fastest inflation in four decades. Early signs suggest the race is not over yet.