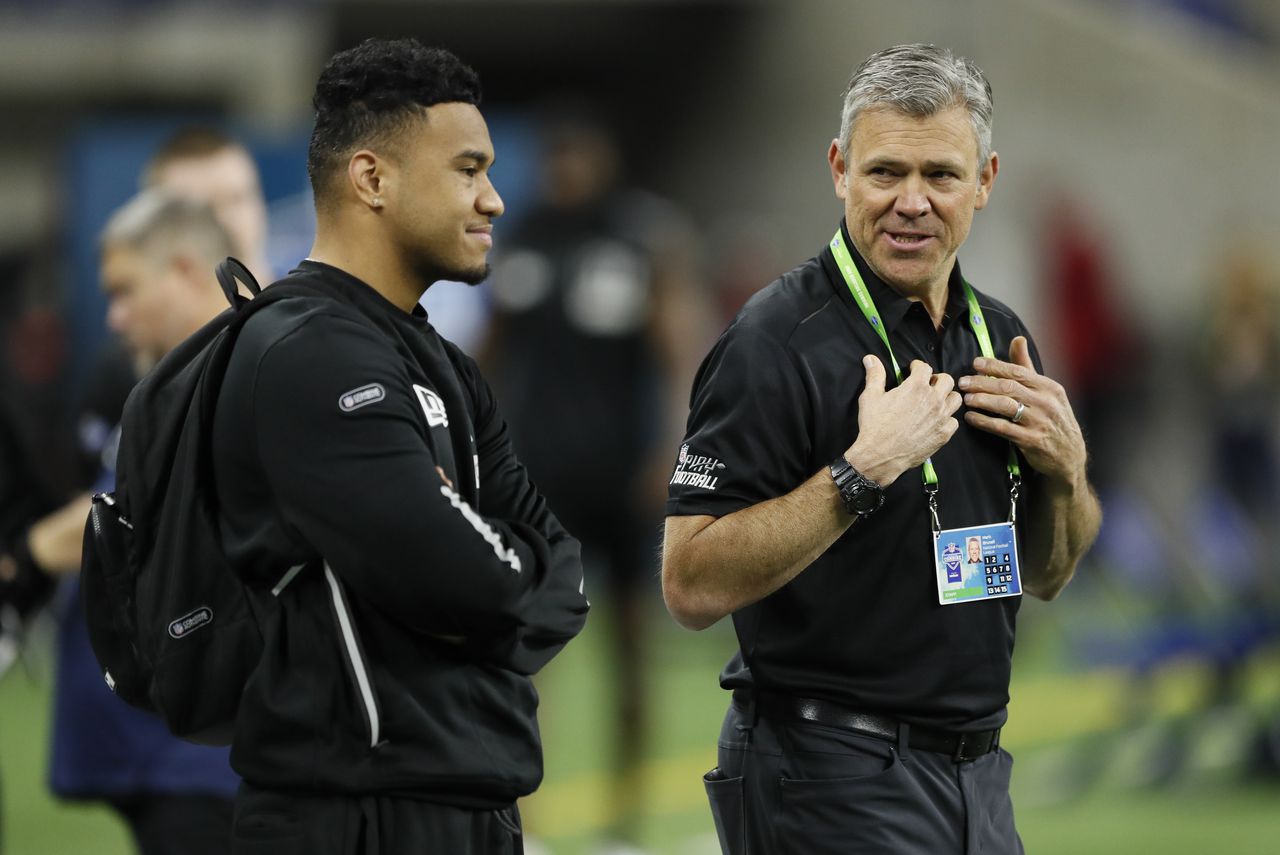 ALLEN PARK – The Detroit Lions are reportedly hiring another former player for their coaching staff.

The NFL Network reports the Lions are expected to hire Mark Brunell for their vacant quarterback coach position. Sean Ryan had coached quarterbacks in Detroit the previous two seasons, but recently left for the same position in Carolina.

Brunell played the NFL quarterback for 17 seasons in Jacksonville, Washington, New Orleans, New York and Green Bay. He played the final years of his career for the Jets, where new Lions offensive coordinator Anthony Lynn coached running backs at the time. The quarterback won three Pro Bowls, winning a Super Bowl championship while supporting Drew Brees in New Orleans. He led the Jaguars to the AFC title game in the franchise’s second year, not too bad. However, Brunell’s coaching experience was limited to the ranks of high schools in the Jacksonville area. He is listed as head coach of the Jacksonville Episcopal School, ahead of his eighth season at the helm.

Brunell’s new job comes with more uncertainty and pressure than in years, with the franchise looking to trade quarterback Matthew Stafford this offseason.

Detroit owns Pick 7 in the April Draft and has quarterbacks Chase Daniel and David Blough under contract. The Lions have told Stafford he will be moved, as long as the team finds “fair market value.” The NFL Network reports about a third of the league has already called the Lions, checking the price of any potential deal for Stafford. Peter King said he believes there will “probably be more than five teams that provide at least one first-round pick for Stafford.”

The Detroit staff has taken shape over the past two weeks, with each coordinator now in place. The team has confirmed the hiring of Lynn, Special Teams Coordinator Dave Fipp and Defensive Coordinator Aaron Glenn. Aubrey Pleasant has also been announced as the new defensive back coach and passing coordinator.

Hank Fraley is expected to return as the offensive line coach, with Ben Johnson returning to coach the tight ends. Duce Staley has announced his departure from the Philadelphia staff, coming to Detroit to coach the running backs and serve as Dan Campbell’s assistant head coach. Mark DeLeone is also said to have left the Bears to take on the same position with the Lions, coaching linebackers.

For those keeping track at home, that leaves the job of coaching the defensive line and wide receivers still vacant.

Glenn and Campbell performed together under Lynn’s direction in Dallas. Fraley blocked for Staley for years in Philadelphia, and Brunell played for the Jets while Lynn was on their team. The list of former players connected or already present at the staff or at the front office in Detroit continues to grow.

“I’ll find the right staff. I’m going to find a staff that isn’t loaded with just a bunch of people who look good on paper, ”Campbell said during his introduction. “I scream – I was going to say the country, but even beyond the country, if you will. I’m looking for the best coaches I can find for the best place. There are great coaches, you just have to find them. But I want exactly what I said earlier about (Saints coach) Sean (Payton) comment, you’re looking for compatibility. Here’s the other thing Sean always used to say when it came to the roster, but it also comes with the people around you, and that is, it’s not about of the best 53, these are the good 53. I think that way a staff.

The housing market is crazier than it has been since 2006