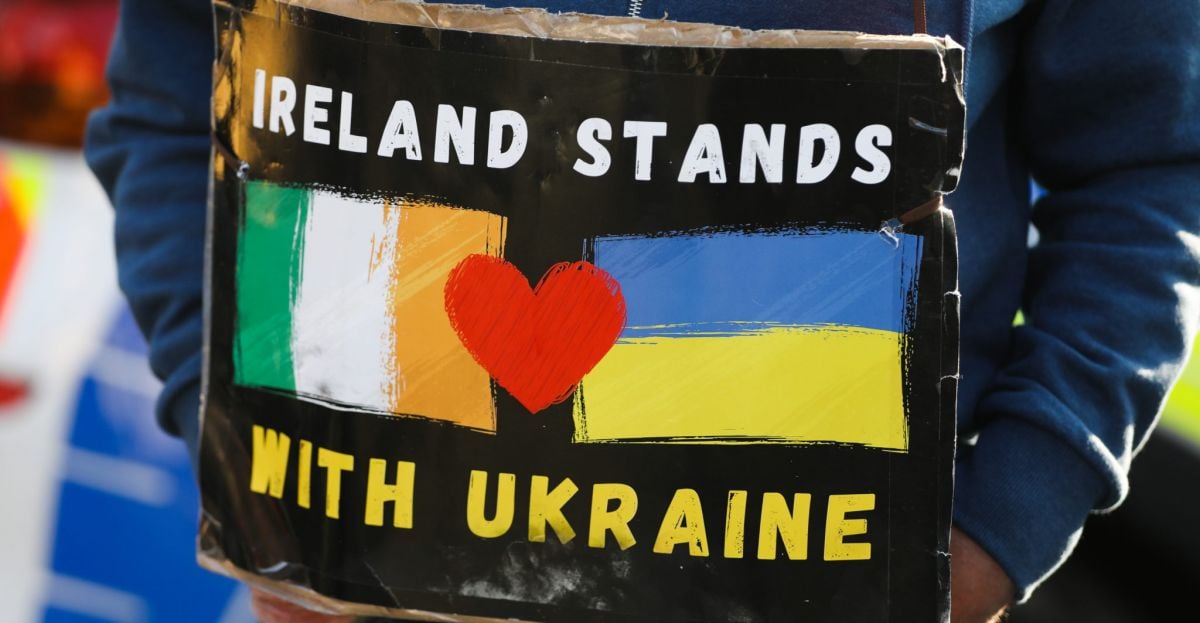 Red Cross: About half of housing pledges for Ukrainians likely ‘adequate’

There have been around 20,000 accommodation offers for refugees from Ukraine in Ireland.

However, it has since been revealed that around less than half of them are likely to be considered unsuitable housing.

Liam O’Dwyer of the Irish Red Cross Recount noon live there are several reasons for this.

“The word ‘unsuitable’ is probably the wrong word, because I don’t think that’s the meaning of it.

“When people make a pledge – we would have experienced that already when we started the Syrian Refugee Pledge Database… what happens is people immediately say ‘Yes , it’s something we would really like to do.

“And when we get to calling people … what happens then is people have had time to think.

“And they say ‘Actually, we’ve thought about it now, and no, we’re not going to continue’.

“And then others, just the phone isn’t answering – and we can’t move forward unless there’s an actual response from the person.

“We also need more details because many people when looking at the pledge database don’t give all the details.”

“The areas they are looking at would be health and safety in particular.

“And then there are issues like houses that – electricity – no one has been in for a long time, so there’s quite a bit of work to do to get the house back in order. [sic]”.

And he says it’s really a mix of issues.

“It’s a mix of properties and a mix of issues that the reviewer can identify.

“Or sometimes we identify them on the phone, and we can say on the phone ‘OK, we can see it’s not going to work’.

“Vacant stand-alone properties are a category unto themselves, and they will often need a bit of work.

“And that’s fine, we can deal with a lot of that – but when it comes to shared engagement, it’s different.

“You walk into someone’s house, a house is shared with people.

“The phone call is about people entering the house – if children are going to come into the house, Garda control is an issue.”

Main image: A poster outside the Embassy of the Russian Federation in Dublin in March 2022. Photo by: Leah Farrell/RollingNews.ie