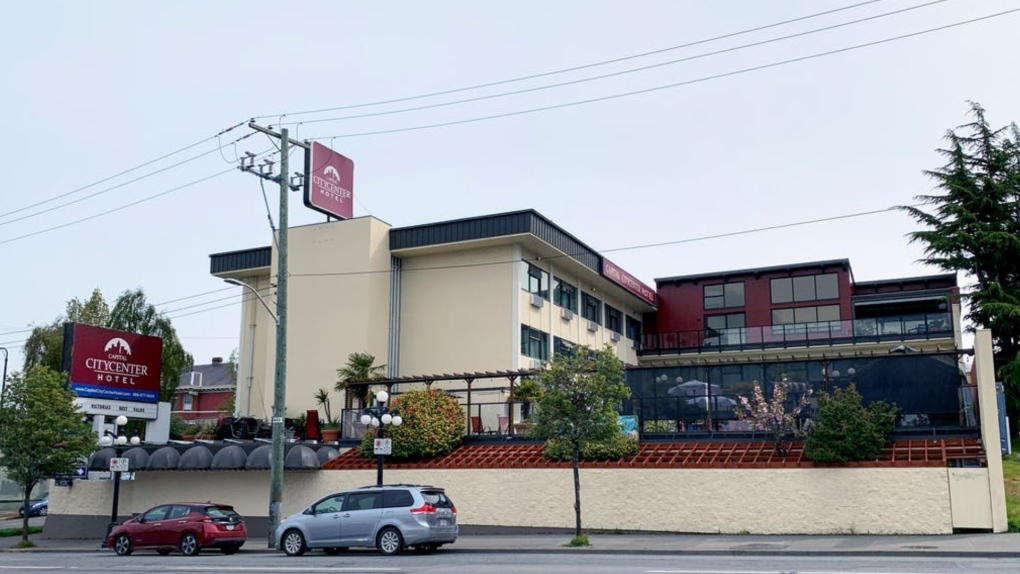 A Victoria hotel that provided temporary housing to the homeless during the COVID-19 pandemic may soon be redeveloped, BC Housing announced this week.

The proposal calls for the replacement of the Capital CityCenter hotel on Douglas Street and the neighboring White Spot property at 710 Caledonia Avenue with a â€œmixed-use, mixed-incomeâ€ development with more than 400 new homes.

BC Housing has partnered with Chard Development Ltd. on the project and asked the city to change the zoning of the two properties, as well as the neighboring lots at 722 and 726 Discovery Street.

The plan calls for the construction of a new supportive housing building on the Discovery Street lots, which are currently above ground parking lots and are owned by the province. This facility would be built first, and those currently living at the hotel would be offered the option of moving into the new building.

Our Place Society, which has managed the Capital CityCenter Hotel since October 2020, would be the operator of the new supportive housing.

Once the hotel was empty, it and the White Spot would be demolished and replaced with a new mixed-use development.

The current proposal on the BC Housing website does not include details on the size or composition of the new building (s), which would begin construction after the completion of the supportive housing in the summer of 2023.

The number of the more than 400 houses planned for the site which would fall into each category is not specified.

Glasgow’s homeless have been billed £ 5million for temporary accommodation