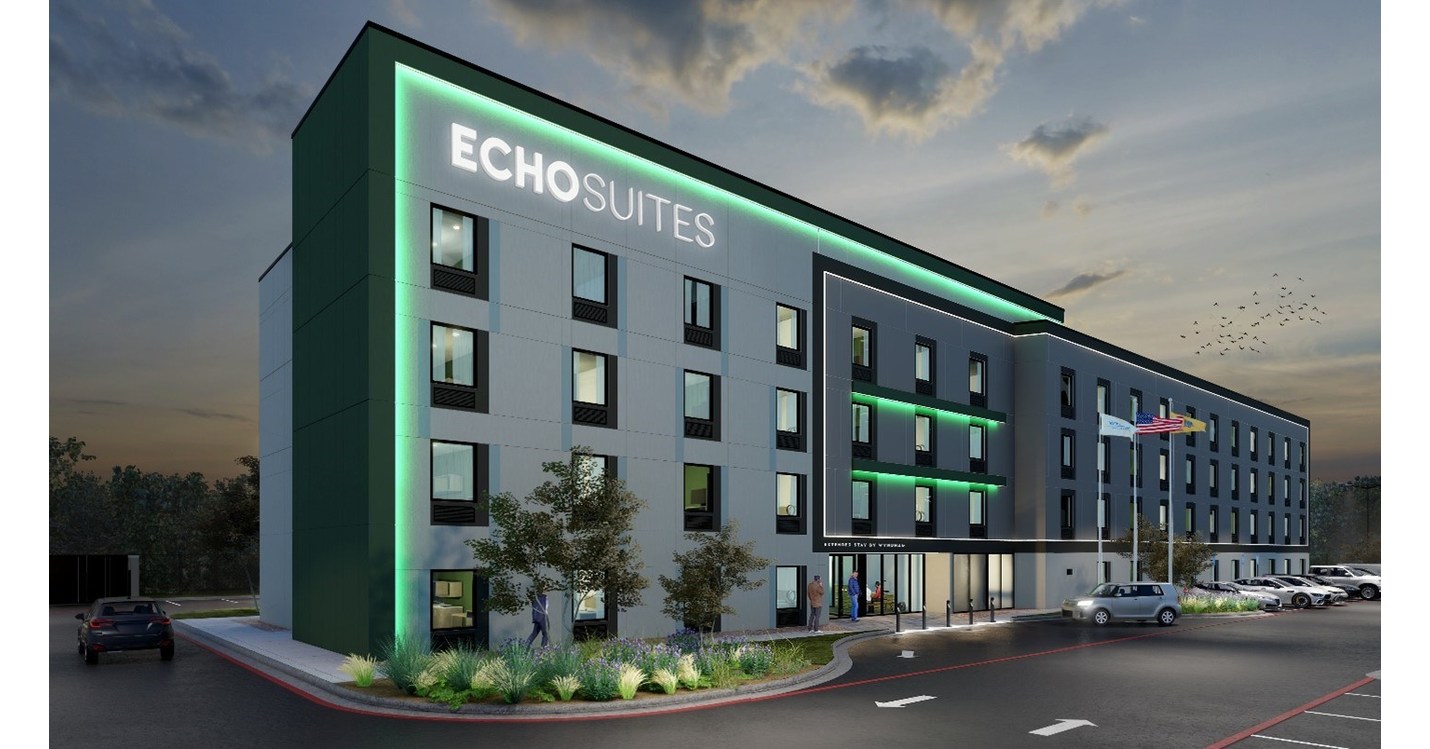 PARSIPPANY, NJ, November 1, 2022 /PRNewswire/ — Wyndham Hotels & Resorts, the world’s largest hotel franchise company with approximately 9,100 hotels in more than 95 countries, today announced the names of its 24e brand, ECHO Suites Extended Stay by Wyndham. Officially the fastest growing brand in Wyndham’s development pipeline, the brand, which continues to exceed expectations while attracting strong interest from developers, has 120 hotels in its pipeline across the United States. (to September 30e), well ahead of the year-end target previously shared by the Company.

“In just six months, ECHO Suites Extended Stay by Wyndham has secured its place as the fastest growing brand in our development pipeline, highlighting continued and robust demand from travelers and developers for economical extended stay deals,” said Geoff Ballotti, President and CEO of Wyndham Hotels & Resorts. “Imagined and designed from day one with constant input, review and oversight from many of our nation’s most experienced extended stay developers, Echo Suites was designed with one specific goal in mind: to create a prototype focused on the return on investment that is as profitable to build as it is to operate.”

ECHO Suites was designed to help maximize efficiency and reduce operating costs, while providing an optimized “home away from home” for long-term guests. Born from the core values ​​of simplicity, minimalism and modernity, the brand is dedicated to providing guests with efficiently designed spaces and thoughtful essentials, forming the basis of a great stay.

Ballotti added, “More than ever, travelers today are looking for value, especially long-term guests who book extended stays. At the same time, they want a space that looks and feels like them. A space well-designed and inviting. We believe that if you can give them that, they’ll come back, night after night, stay after stay. That’s what ECHO Suites is all about: to provide guests with a great extended-stay experience, a bargain price, so that, like an echo, they repeat it again and again.”

Extended stay in mindAfter breaking the ground for its first hotel in Plano, Texas. with dallas-based in Gulf Coast Hotel Management last September, ECHO Suites today opened its second and third hotels in Sterling, Virginia. and Richmond, Virginia. Both hotels are developed by richmondSandpiper Hospitality, one of the brand’s earliest and largest developers.

“From the start, Wyndham has proven to be an owner-focused organization, putting developers first so they can not only understand our needs, but also appreciate what makes this segment different from others in the industry” , said Carter Climb, Founder and CEO, The Sandpiper Group of Companies. “That fact, combined with the continued support and accessibility of Wyndham’s leadership team, is why we are opening our first two of 27 planned ECHO Suites hotels today.”

Extended Stay has been an industry leader for growth and recovery in recent years, with no signs of slowing down. In 2021, the segment outperformed all other chain scales with an occupancy rate nearly 20 points higher than all other US segments combined. More recently, STR Q3 2022 industry data shows that guests are checking into budget and midscale extended-stay hotels at a higher rate (76%) than at economy and midscale hotels. traditional range (62%).

ECHO Suites fills a void within Wyndham’s portfolio while reinforcing the company’s role as the undisputed leader in economy and midscale hotels. At the same time, it fills an important gap in the market for fresh and consistent extended stay products for new construction. The company plans to open its first Echo Suites hotels in 2023. For more information, including development opportunities, visit www.projectecho.wyndhamhotels.com.

Additional photos associated with the above version can be downloaded here.

About Wyndham Hotels & ResortsWyndham Hotels & Resorts (NYSE: WH) is the world’s largest hotel franchise company by number of properties, with approximately 9,100 hotels in more than 95 countries on six continents. With its network of approximately 836,000 rooms that appeal to the everyday traveler, Wyndham maintains a leading presence in the economy and midscale segments of the lodging industry. The Company operates a portfolio of 24 hotel brands, including Super 8®Days Inn®Ramadan®Microtel®The fifth®Baymont®, Wingate®AmericanInn®Hawthorn Suites®Collection of brands® and Wyndham®. The company’s award-winning Wyndham Rewards® The loyalty program offers more than 97 million registered members the ability to redeem points at thousands of hotels, resorts and vacation rentals around the world. For more information, visit www.wyndhamhotels.com.