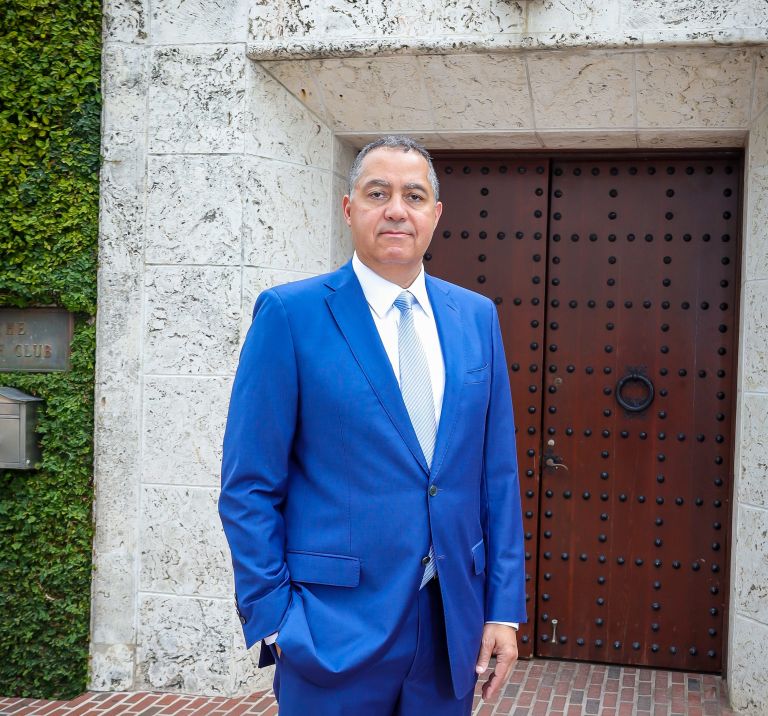 Power to the Peebles! – Trade Observer

Don Peebles has a vision: The developer with projects in New York, Los Angeles and Miami is busy at work with plans to build the largest and most inclusive mixed-use project in history. Full stop.

That means a 2 million square feet mega-project called Affirmation Tower across from the Javits Center which will have a black builder (Cheryl McKissack Daniel, president and CEO of McKissack & McKissack), a black architect (David Adjaye of Adjaye Associates) and tenants like the Museum of Civil Rights, run by the Reverend Al Sharpton, as well as the NAACP.

The real question is whether Peebles (and Steve Witkoff who is partnered with him) can take over the 1.2-acre site at state-owned 418 11th Avenue.

An initial request for proposals for the site was issued by the government of the day. Andrew Cuomo’s administration in March 2021, but Governor Kathy Hochul decided to reject the original tender in hopes of including an affordable housing element in the plans.

“Obviously affordable housing is a sensitive issue and an important issue,” Peebles told Commercial Observer in an in-depth conversation about his plans. “But it doesn’t belong across the street from one of the largest convention centers in the United States – a tourism and economic engine for New York City.”

This is a project to follow closely. Heavyweights like Brookfield, Related Companies, Rockrose and Tishman Speyer submitted proposals for the initial tender. The competition is expected to be tough, although Peebles is extremely confident.

It might be as upsetting as finding out that the red-eyed, BO-smelling, padded 20-something in the department store red suit isn’t actually Santa Claus, but no, not even the mighty Blackstone is not immune to the cruddy real estate transaction.

Last week, the $308 million loan from Deutsche Bank on Blackstone’s 1740 Broadway has been moved to special service and CO has learned that the world’s largest private landlord is return the keys on the 26-story, 620,928-square-foot office tower between West 55th and West 56th streets.

“This asset faces a unique set of challenges, and we are working diligently to find a solution that is in the best interests of all parties involved, including our investors and our lender,” a Blackstone representative told CO .

Indeed, L Brands, the property’s largest tenant, had a 418,000 square foot lease that expires this week and, rather than renew, the retailer has decided to downsize and move to 55 Water Street. . Additionally, the property’s other major tenant, law firm Davis + Gilbert, jumped ship in 2019. at 1675 Broadway by Rudin Management.

It happens to the best of them.

Not so long ago, banks and other financially conservative institutions were unwilling to get involved in anything cannabis-related given that it is still illegal under federal law, and l he hugely profitable business seemed destined to remain the domain of small timers forever. .

Last week it was reported that Chicago-based Cresco Labs plans to acquire Columbia Care in a $2 billion all-stock deal that is expected to close in the fourth quarter of this year. This will make Cresco the largest U.S. marijuana company by revenue and add more than 130 stores in 17 states to its portfolio.

Call it one more item that will push full legalization across the finish line, but don’t hold your breath (unless you’ve taken some kind of monster puff) because the Biden administration, as well as some moderate Republicans and Democrats in Congress, seem to be dragging one’s heels at the federal level.

The Javits Center site wasn’t the only big tender with breaking news last week; The Metropolitan Transportation Authority is looking for developers to convert a 550,000 square foot parcel in the Bronx adjacent to the Gun Hill Road bus depot into a charging facility for a future electric fleet, with pre-construction to begin as early as 2023.

Gary Barnett scored $900 million in acquisition financing from Guggenheim Partners and Aquarian Holdings for the ABC campus on the Upper West Side that Barnett’s Extell is buying from Silverstein Properties.

And we’ve had some extremely exciting news on the proptech front: global investment giant BentallGreenOak is teaming up with environmental engineering firm RWDI, to use a predictive technology called ParticleOne to monitor COVID-19 and other viruses in offices. The system alerts owners and occupants if there is an increased risk of COVID or other airborne illnesses in the building. Sounds like the real estate breakthrough everyone’s been waiting for!

To continue in trend which has been going on for years now, the industrialist saw a gigantic pair of two-in-one leases last week when iDC Logistics announced he had signed deals for two locations: the first in Southern California’s Inland Empire and the second in Garden City, Georgia, for a dizzying 533,000 square feet. (It’s been a busy week in LA’s industrial sector; Rexford also purchased two fully leased Class A industrial developments in downtown LA for $28 million.)

It’s hard to beat, but there were some other good leases in the past week, especially in retail.

Last Crumb, the self-proclaimed “luxury cookie” company based in Los Angeles, is taking up the entire 7,500 square foot fourth floor of the Pasadena Star-News building, which crowns some pretty encouraging signs for retail in Los Angeles. (Diets: beware of Last Crumb website.)

Glossier, the beauty brand that until now has been exclusively online, has announced that it opening of a permanent location at Palm Court in Miami’s Design District.

In Chevy Chase Lake, the new Maryland neighborhood forged by Bozzuto and the Chevy Chase Land Company, developers have announced that the community top six retailers: the Charmery (an ice cream parlor), UnCorked (a wine store), Playa Bowls, a new restaurant called Elena James, a CVS and a branch of the Truist Bank.

In New York, it was revealed that Swarovski, the creator of crystal, plans a 14,000 square foot flagship location at Josef Buchman’s 680 Fifth Avenue (although insider information such as rent and lease term is still murky.) Trinity Boxing Club is come to 20, rue Vestry. And late-night party tour mainstay Red Bull has chosen an interesting location for its New York City Headquarters: the Meatpacking District. (Knowing that the latter is an office lease, not a retail lease, so don’t expect to make any pit stops between stops at Tao and the Standard Hotel.)

Beyond these, there were also other interesting leases. New York City School Building Authority signed a lease with Muss Development for 19,201 square feet at 41-61 Kissena Boulevard in Flushing, Queens, to develop a kindergarten.

At 740 Broadwaythe Hetrick-Martin Institute, which specializes in working with LGBTQ teens and young adults, renewed its 8,940 square foot space and non-profit sustainability, the Company for Social Responsibilitytook a seven-year lease for 7,947 square feet.

And SoCal isn’t the only place where warehouse and logistics space is moving; BayWa, renewable energy distributor, took a 25,300 square foot warehouse in Pompano Beach, Florida, with the intention of using it as an office and distribution center.

There were some interesting hires last week; Onay Payne (the Clarion Partners superstar who was on last year’s CO Power Finance list) was hired by Lafayette Square to serve as his general manager of real estate.

Also in DC, Cushman & Wakefield added tenant specialists Matthew Goldberg and George Men at his desk. (Goldberg will serve as lead director and Men as director.)

Todd McNeill and Sunny Sajnani, two partners at Metropolitan Capital Advisors, have been hired as Managing Directors Marcus & Millichap at the Dallas office.

There was even the return of the prodigal broker; New York broker Jonathan Fanuzzi is return to Newmark as Executive Director General after a 10-year stay at JLL.

Speaking of JLL, the company had a tough week, from a staff perspective; not only did we learn that Eric Groffman and Cameron Tallon, both former general managers of JLL in Miami, have jumped on CBRE to serve as executive vice president and senior vice president, respectively, but former JLL capital markets broker Peter Nicoletti is sue the company claiming to have been discriminated against after being diagnosed with cancer.

A few months ago, we sat up straight in our chairs when we learned that Touro College had leased 243,000 square feet of classroom space in…Times Square?

This follows a number of interesting developments at the crossroads of the world, like TikTok grabbing nearly a quarter of a million square feet in 2020, and Washington, D.C.-based law firm Venable taking 157,800 square feet last October, not to mention five new brand new hotels that are under construction.

Indeed, it’s a new Times Square over there. CO dives into the changes that are coming.

See you next week!