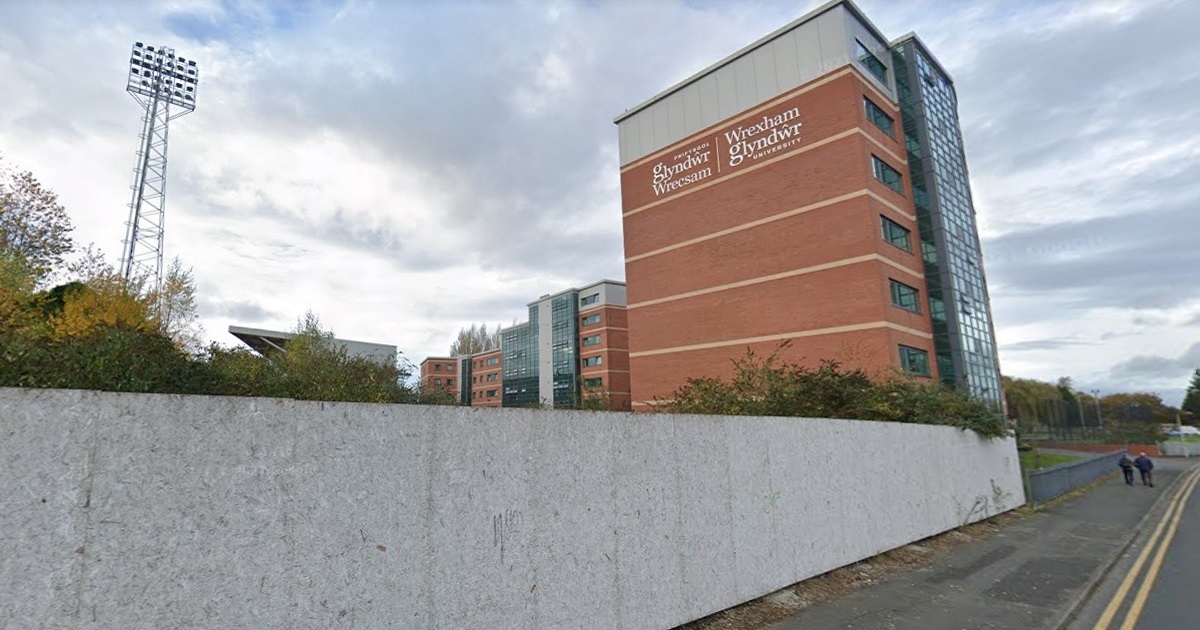 Detailed plans have been revealed for a new student apartment complex in Wrexham with nearly 200 bedrooms.

The site is located next to the university’s existing student apartments in the Wrexham Village development, which have been built on the car park of Wrexham AFC Racecourse.

A Request for Reserved Matters has now been submitted to Wrexham Council seeking approval of the proposed layout, scale and appearance of the building, as well as landscaping and access arrangements.

The scheme is part of the university’s Campus 2025 programme, which will see it spend around £60million on the redevelopment of its main campus on Mold Road.

Documents presented to local authorities show that the new accommodation building would have seven floors, with a total of 197 rooms.

In a statement included as part of the proposals, the university said: “The proposed exterior footprint of the building is almost identical to the scheme agreed to in 2018 with a ‘T’-shaped arrangement aligned with phase one on the facade of Crispin Lane.

“The proposed building footprint has also been developed taking into account the legal requirement for a right of access to the racecourse stand to the south of the site.

“A hard-surface service access route has been provided that also serves as a direct pedestrian/cycling route for students accessing downtown.

“The student apartment arrangements are in line with the 2018 consent with 14 accessible bedrooms evenly distributed across all levels.

“In addition to the accessible rooms, there are seven studios evenly distributed across all levels.”

The university said access to the site would be provided through the existing entrance to other student apartments in Wrexham village.

Improvements to the junction between Crispin Lane and Mold Road are still under discussion, as Wrexham AFC’s plans for a 5,500-seater stand at the Kop end of the Racecourse Ground will also need to be considered.

A total of 12 parking spaces have been reserved for the apartments, as well as internal bicycle parking and an enlarged bin storage area.

A decision is expected to be made on the proposals by the board at a later date.