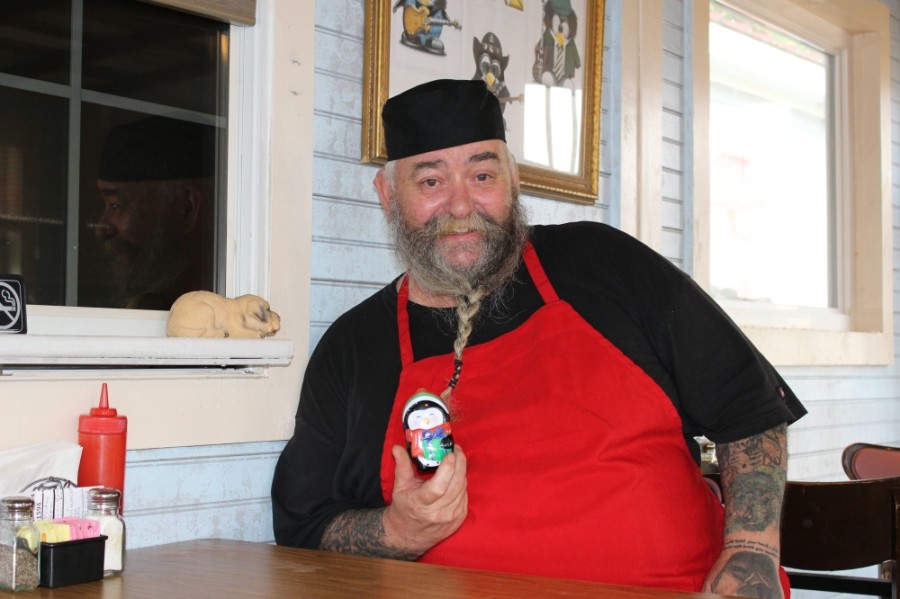 Also known as “Pengus McPengus”, Stephen Gwynn, originally from Sunderland, is the chef behind Pengus’s Place, which he owns with his wife, Lori Gwynn. (Adriana Rezal / Community Impact Journal)

Serving up British classics, from fish and chips to bangers and mash, Pengus’s Place is the little piece of Magnolia town in North East England, located right next to FM 1488.

After years of pub work in the US and UK, Lori Gwynn from Magnolia and her English husband Stephen Gwynn opened Pengus’s Place in late September 2019 in hopes of providing a family restaurant. both local and foreign. customer base.

“We thought we would put half American, half British [food]; this way the Brits who come are super excited to come and taste at home, [and] the people who are here have something that they know. Everyone is happy, ”she said.

Lori said the seaside-inspired restaurant often sees families coming from as far away as League City to sample their British breakfast – a big serving of bacon, fried eggs and sausage served with black pudding. traditional black, Heinz beans and toast.

“We didn’t want to run ads anymore; we wanted to run a cafe where people can come with their families, sit down and have a really good, hearty meal, ”she said.

After seven years in Texas, Stephen said he was surprised to learn how large the British community is in the Greater Houston area, as well as how Southern culture is similar to his own. Whether in Magnolia or his hometown of Sunderland, England, Stephen said the people are friendly, the food is plentiful and the portions are large.

“[Country food] is real food for real people, ”Stephen said. “We’re actually doing an English-sized serving rather than a Texan-sized serving, which is far larger than the Texan size.”

Despite a welcoming community, Pengus’s Place experienced rocky waters in its first year of operation during the coronavirus pandemic and state and local mandates that required restaurants to suspend food services.

“We had to shut down obviously when everyone else did; we shut down for three months, and it almost broke us, to be honest,” Stephen said.

Lori said the restaurant lost its employees before it had a chance to apply for government loans during the pandemic. She said it took a bit of sacrifice and a lot of community support to get things going again.

“We couldn’t get any help from the government, so [Stephen] sold its weapons so that we could restock all our refrigerators… and we were able to reopen for three days, ”she said. “The local community really helped us get back on our feet and make sure they were there right away when we reopened. “