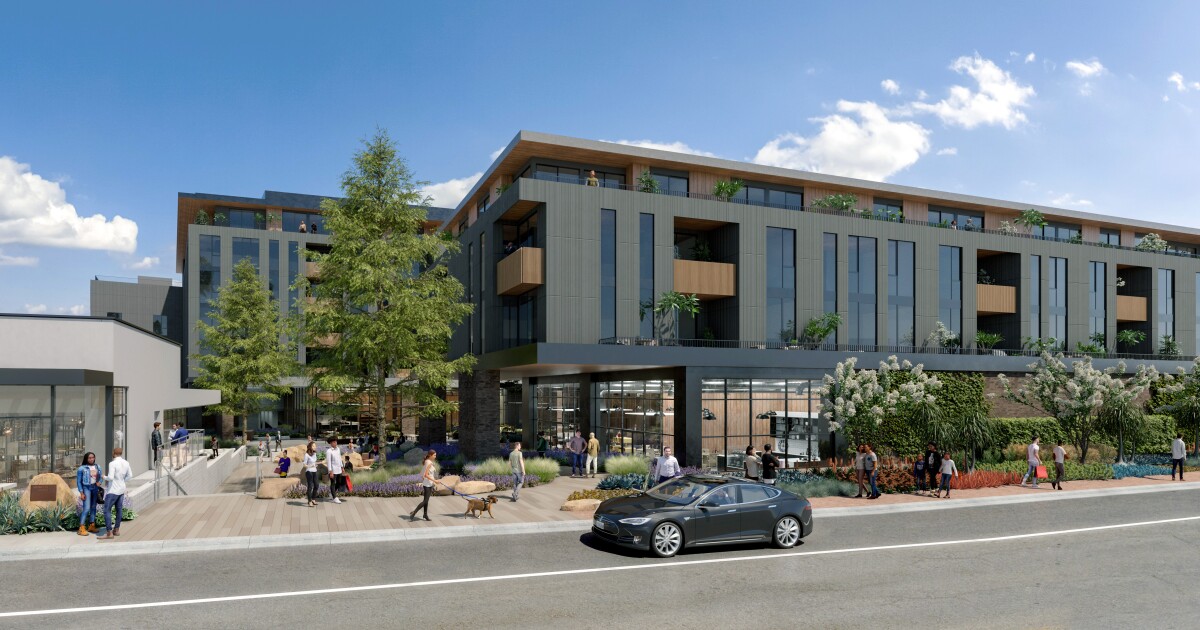 The owners of Sportsmen’s Lodge plan to raze the vintage 1960s hotel on Ventura Boulevard and replace it with apartments as part of an ongoing renovation of the site long known as a cultural center of the San Fernando Valley.

The Sportsmen’s Lodge complex in the Studio City neighborhood of Los Angeles became popular in the 1930s as a trout fishing attraction. It became a meeting place for celebrities and then a cherished institution where couples got married and families shared great occasions such as bar mitzvahs.

The banquet center where these events took place was recently removed to make way for a $ 100 million retail hub with shops and restaurants called Shops at Sportsmen’s Lodge. Its opening is scheduled for September.

Midwood Investment & Development will then seek permission from the city to demolish the 190-room hotel and erect the residences at Sportsmen’s Lodge, which would include 520 apartments, including 78 subsidized affordable housing units.

The hotel opened in 1962 and has been renovated several times but has struggled in recent years before being closed by the pandemic, said John Usdan, general manager of Midwood. Its main source of customers was the Universal Studios Hollywood theme park, which closed for 13 months to prevent the spread of COVID-19 and reopened in April.

â€œWhen you depend on one business driver, it’s a high risk business,â€ Usdan said of the hotel. The hotel has been closed to visitors since the dawn of the pandemic but has been occupied for nearly 12 months by Project Roomkey, a state-funded program that rents hotel and motel rooms to shelter the homeless. who are at risk of contracting the novel coronavirus.

Midwood could reopen Sportsmen’s Lodge during the city’s approval process for the proposed apartment development, which could take around two years.

The apartments, which ranged from studios to two bedrooms, would be in more demand than a hotel in the coming years, Usdan said. Tenants can include young professionals, people with short-term jobs at nearby movie studios, and empty nesters ready to leave their homes but want to stay in the area.

Stores nearing completion are 90% leased, Usdan said, with an Erewhon market serving as an anchor. Other tenants will include the Sugarfish sushi restaurant and online retailers that will expand to physical hair care stores Madison Reed and Amazon 4-Star.

The 5.8-acre residential site would maintain a significant amount of open space accessible to the public for dining, shopping and entertainment, Usdan said. The proposed design of the project would create a new pedestrian path from Ventura Boulevard through the shops of Sportsmen’s Lodge to a new community plaza on the Los Angeles River.

The road to the redevelopment of Sportsmen’s Lodge has not been easy. Some neighbors had argued that the shopping complex would increase noise and traffic and remove Studio City’s rustic charm a bit.

In order to obtain the support of the project. Ben Besley, senior vice president of Midwood development, said he would meet with residents and stakeholders nearby to outline Midwood’s plans and consider their feedback. The entire development covering nearly 9 acres and including the mall would be valued at $ 500 million, he said.

The location of Sportsmen’s Lodge has a long history as a recreational destination, dating back to at least the 1880s as a fishing ground. In 1913 he went commercial with the founding of Hollywood Trout Farms, which included ponds and a bait and tackle store. In 1946 the first dining room and kitchen were added and it reopened as Sportsmen’s Lodge.

The rustic dining room became a hangout for movie studios during a time when sheep grazed the hills later claimed by Universal Studios.

Surrounded by orange groves, the Ventura Boulevard restaurant quickly became a hot spot, a place where patrons could cook their dinner and fry it fresh in the kitchen. In the 1960s, the new meeting rooms made it a social hub for Studio City.