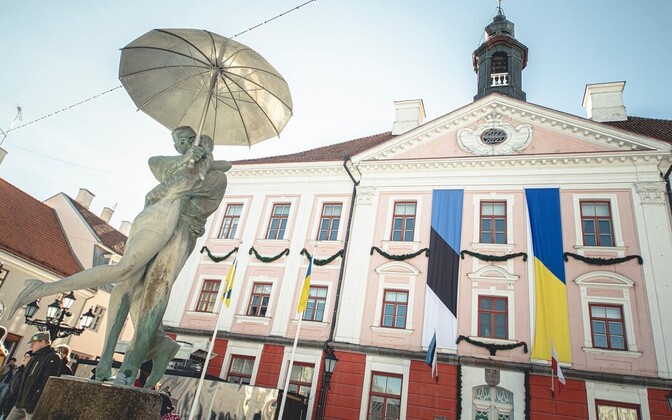 Most war refugees in Tartu have jobs, housing is still needed | Ukraine Latest

A newcomer, Nadja, and her sons Igor and Timofe visited the refugee center of the former Ekraan cinema and spoke to AK about their time in Estonia. They come from Uman, in the Cherkassy Oblast in central Ukraine.

Nadja said: “We have come all the way without [paying] one cent. No money was taken from us for anything, everything was free. We met an acquaintance, it’s like fate that brought us together. And this acquaintance has lived here for three years. They called and said you would come here and stop here.”

She said her main concern now is finding permanent accommodation and moving out of the hotel room the family is staying in. She already has a job in a factory in Tartu and her children will soon start at Annelinna Gymnasium.

AK also spoke with Volodymyr, whose three children will start school in Tartu on Monday. It took the family 40 hours to reach the city from western Ukraine. They fled after an airport near their home was bombed three times.

“I’ve worked here since 2018 so I know everything is fine here and there are good people here. I came back here with my family,” he said. The family is also looking for permanent accommodation.

Barrows Hotel Enterprises is looking for hotels in difficulty