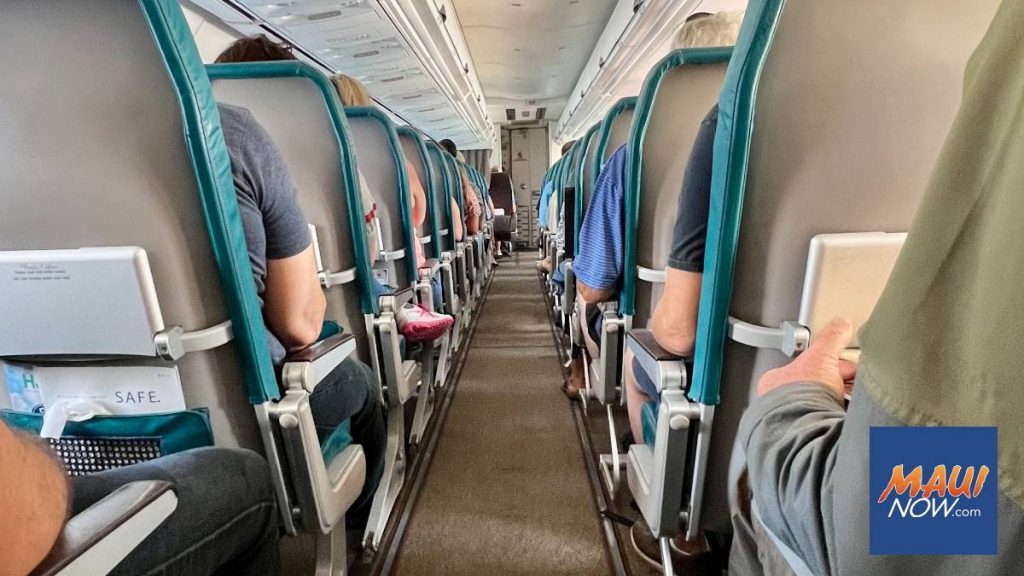 The number of visitors on any given day in May to Maui was up nearly 2% from the same period in 2019, and overall arrivals were close to pre-pandemic totals for the same period, according to a report released Thursday.

For May, visitors were about 40% of the resident population and 7% above the Maui Island plan target.

Visitors to Hawai’i in May hit the second-highest rate since the pandemic shutdowns, and May is the 13e consecutive month in which US visitor arrivals were higher than the same month in 2019.

Additionally, the US market is at a record pace for year-end arrivals while the international market remains weak, according to the report.

A total of 776,375 visitors came to the Hawaiian Islands in May 2022, nearly 92% of the May 2019 totals, according to a state press release. May’s totals represent the second highest recovery rate since March 2020.

HTA President and CEO John De Fries said the visitor industry in May was buoyed by increased spending from the US and Canadian markets.

Hawaii’s visitor industry continued to see a gradual recovery this month, fueled primarily by increased spending by visitors from the United States and Canada.

“These visitors injected dollars into our economy that flowed through our stores, restaurants, accommodations, activities, attractions, and community festivals and events,” he said in the statement.

As for the second half of the year, DBEDT director Mike McCartney said there was a slowdown in flights from the continental United States.

“However, we look forward to the steady return of international visitors, with an increase in arrivals from Japan,” he said in the statement.

In 2019, Hawai’i saw an all-time high of over 10 million visitor arrivals, including 3 million in Maui County. Visitor arrivals remained strong until early 2020 before travel was halted in March of that year due to the pandemic.

Maui County residents since the reopening of tourism in October 2020 have increased calls for better tourism management. They have testified at numerous Maui County Council meetings about the negative impacts of overtourism on limited natural resources, infrastructure, and quality of life.

As a result, Maui County Council members imposed a temporary moratorium on building units for hotels and other transient vacation rentals. Additionally, the council is considering whether to place a permanent cap on transient accommodations for Maui.

The council sent the proposal to the Maui Planning Commission and other advisory bodies for comment. The measure is now awaiting a date on the agenda.