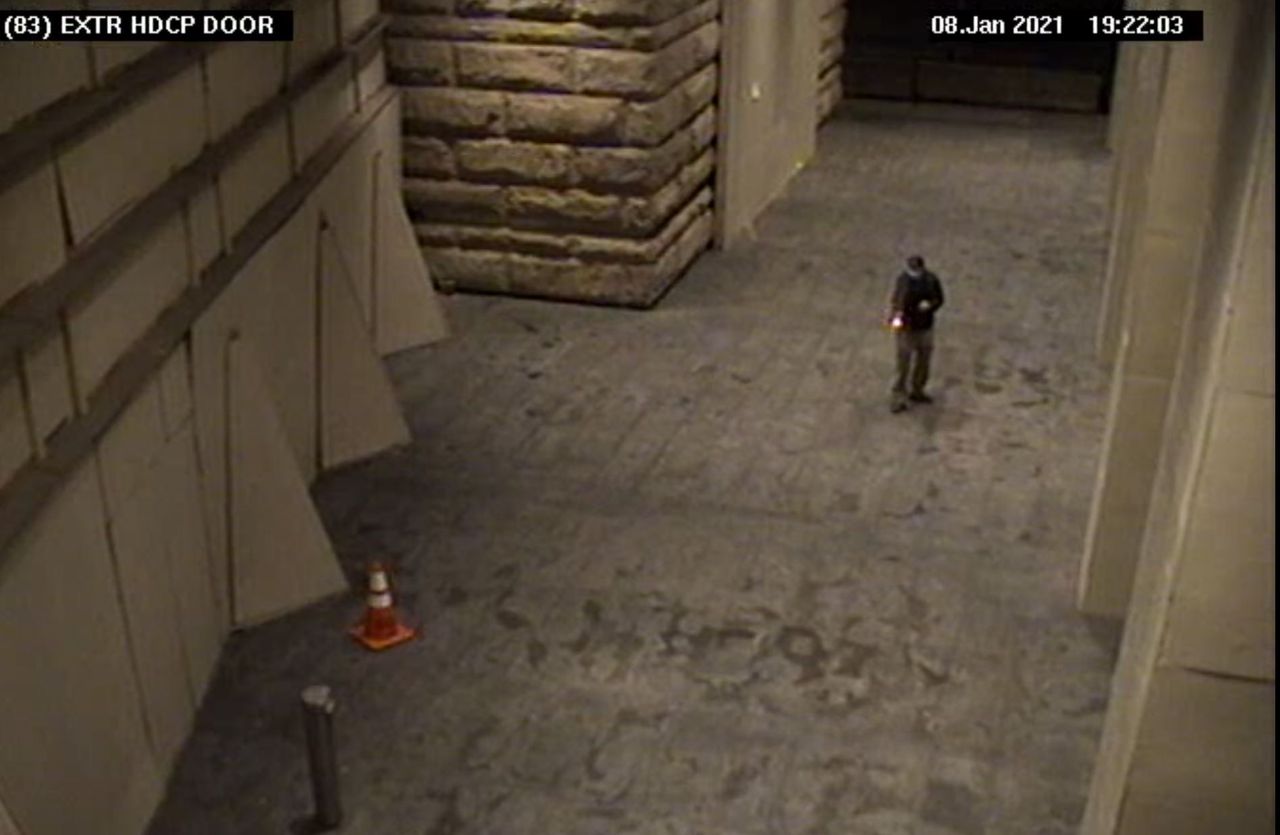 A man from Beavercreek is charged with jumping the security fence outside the Federal Courthouse on Friday night and firing a 9mm handgun into plywood covering the facade just days after his arrest outside the State Capitol for allegedly entering with a gun.

Cody Levi Melby, 39, pleaded not guilty Monday afternoon in federal court in Portland to a misdemeanor charge accusing him of depredation of government property.

Melby, 39, a veteran of the United States Army, posted a YouTube video last week of himself standing outside the Oregon Capitol in Salem, reading on a notepad and decrying how “the whole electoral process was overturned “and how the government’s mandate to wear masks and shut down businesses in the wake of the coronavirus had” wreaked havoc and devastation around our republic. “

In Portland, two courthouse security guards arrested Melby around 7:30 p.m. Friday after one of them spotted him on a closed-circuit video system walking inside the fenced area in front of the courthouse US Justice Mark O. Hatfield, according to a federal complaint.

The security guards thought he might be a court employee and came out to help him. When they approached and asked him what he was doing, Melby said he had a gun and that security guards pulled out their own guns and arrested him, according to the complaint.

They removed a loaded 9mm Glock pistol, which had a cartridge in the chamber, from a holster on Melby’s belt, according to Federal Protective Services officer John Dean.

Melby told security guards he fired his gun and had been “in front of the courthouse for 20 minutes and no one came out, so I shot several times into the ground.” according to the complaint. He said he entered through Southwest Main and Third Avenue.

When asked by security guards why he was there, he replied, “Because I’m tired of everything you have to take, guys,” the complaint reads.

Melby, according to his statement on YouTube last Tuesday, had a career in the military, had fought in Iraq and was a member of the Oregon National Guard. He also described himself as an indigenous man who was a member of the Seminole Nation of Oklahoma.

In his video, he denounced President-elect Joe Biden and his ministerial selections. “It’s not enough to say that Joe Biden won,” he said. He also called for the arrests of Governor Kate Brown and Portland Mayor Ted Wheeler, criticized the mainstream media and lamented that his own Twitter and Facebook accounts were recently suspended.

He called on President Donald Trump to institute the insurgency law, to call on military veterans to lend their support to “stop the traitors to our republic,” expressed his support for the Second Amendment and his displeasure with not be allowed to own rifles with 10 inch barrels. “Mine is purpose built,” he added, on his videotaped post.

In a July YouTube video, Melby said he went downtown during nighttime protests in Portland last summer and was sympathetic to the actions of federal agents, saying they did. proof of restraint against demonstrators who threw ball bearings, frozen water bottles and other objects at them. . He pledged to “start to hunt” the “Communists, the Marxists” and to prosecute anyone who commits violence against a federal institution.

The Government Services Administration, which operates the courthouse, could not immediately determine whether the shots allegedly fired by Melby damaged the stone or any of the metal items around the courthouse building. . But on Monday, workers removed the plywood and found no damage to the stone, Deputy U.S. Attorney Paul Maloney said in court.

As a result, federal prosecutors reduced the felony charge to a misdemeanor against Melby.

Maloney noted that Melby had been on bail on a state charge since last Wednesday, when he was charged with attempting to enter the closed State Capitol. He was arrested on an alleged trespassing while in possession of a firearm. Melby posted a $ 500 bond in Marion County Circuit Court and was released that day.

Maloney said the offense outside the federal courthouse represented a “serious escalation” since his arrest in Salem. The prosecutor said Melby suffered from a mental illness and was not taking her medication. Court records indicate that he suffers from post-traumatic stress disorder. He is married and the father of four children, according to court documents.

Also on Monday, the Multnomah County district attorney filed felony allegations against Melby stemming from the same behavior outside the federal courthouse. He is now also charged in Multnomah County Circuit Court with possession of a loaded firearm, illegal use of a firearm, first degree criminal mischief and four counts of discharging a gun in the city.