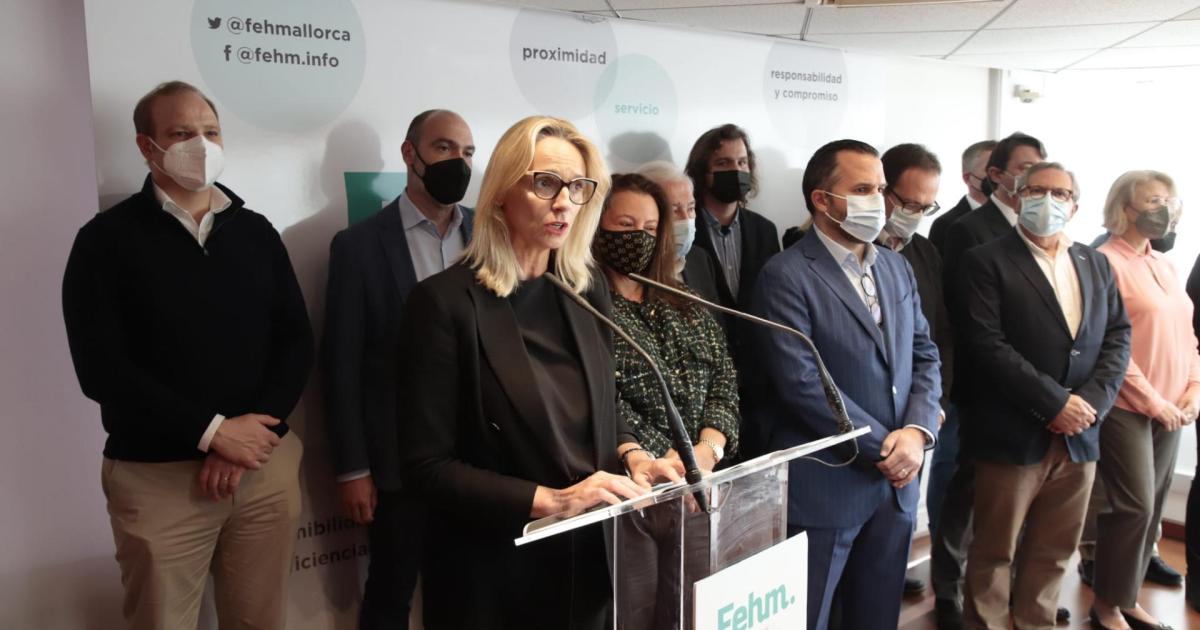 The first response of the Federation of Hoteliers of Mallorca to the decree of the Balearic government on the circularity and sustainability of tourism was to describe it as “ambitious”. Federation president Maria Frontera was referring to the circularity and sustainability plans to which hoteliers have committed, but neither she nor any other spokesperson for hoteliers on the island had anything to say about the freezing of new accommodation places – until Friday.

Working with representatives of the Association of Hotel Chains, Frontera’s public announcement on behalf of the federation and the association came at the end of a week believed to have been characterized by internal tensions.

She said the federation is not inclined to be interventionist, but “to listen, analyze and contribute to the development of Mallorca in particular and the Balearic Islands in general”. “For this reason, the sector’s commitment to circularity and sustainability is maintained, but we reject the moratorium on tourist sites, since it limits the freedom of the market and hinders healthy competition. We ask for reflection and for the government to rectify.”

Frontera added that hoteliers are against more growth. However, “there was already a mechanism to avoid this”. “Therefore, we cannot understand the imposition of a moratorium. The only thing it will do is negatively impact quality standards and alienate a leading industry by forcing us to cut tourist spots that are a business asset. We don’t like to be used. There was no need to rush to approve this decree-law.”

The president of the federation criticized the “ideological and electoral” purpose of the decree. “Right now we should be talking about how to improve connectivity and tourist resorts and employers’ difficulties in hiring staff, instead of engaging in unproductive debate. We must reflect on the decision to introduce a moratorium on accommodation places. as well as a rectification, as the damages outweigh the benefits.”

The moratorium, Frontera insisted, had not been “on the negotiation table“. “And we don’t agree with that, because the current means of reducing tourist places are working.”

President Armengol responded to Frontera’s statement by reiterating the government’s view that the moratorium by decree was “common sense”, because it avoids a “pull effect” that has already occurred. By this, Armengol means that if the freeze were to be part of a normal parliamentary legislative process, the accommodation places would be demanded, thus canceling the intention to stop new places for a period of four years.

The decree blocks certain 18,700 new places for this four-year period. About 8,600 of them are found in Mallorca. It’s the moratorium. The island councils will decide whether or not they want to keep these places or some of them or let them expire. As part of what is called “degrowth”, the decree also provides for a 5% reduction in hotel accommodation places in exchange for an expansion in hotel parks of up to 15%. This would be additional facilities and not accommodation.

There has obviously been some disagreement within the ranks of hoteliers, which basically boils down to the differing views of large and small hotel groups. Neither Frontera nor Armengol commented on this on Friday.

A week of legal setbacks for Trump in Washington, New York