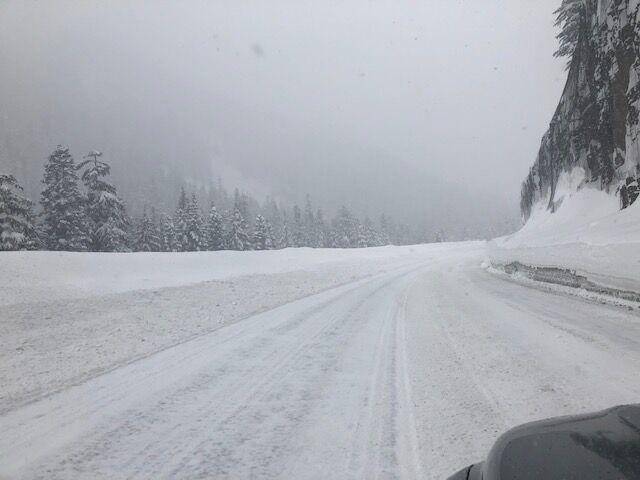 In the Next Storm, the Public Should Expect the WSDOT to Do Better » Publications » Washington Policy Center

After laying off more than 400 employees in October to comply with the governor’s vaccine mandate, the Washington State Department of Transportation (WSDOT) is scrambling to find people who will do the important work to keep people safe. of our roads this winter. Some of the people they hire include private contractors who have a vaccination mandate in place for their employees which requires either proof of COVID vaccination or a religious/medical exemption process for those who cannot get vaccinated. .

In practice, this means that after laying off unvaccinated WSDOT employees, the agency can now hire unvaccinated contractors who are be accommodated by their employer in a way that WSDOT would not.

Accommodation simply means that an employer can make an adjustment or modification to the work environment that will allow an employee to continue working while conforming to an honest religious belief or having a medical reason not to get vaccinated.

The WSDOT refused to provide reasonable accommodations for 86% of the total requests.

This is important, especially in addition to the current WSDOT staffing shortage. The WSDOT acknowledged the difficulty in early November when it told the public to expect delays and longer closures across the passes in the event of a snowstorm. Yet last week at the House Transportation Committee, WSDOT Secretary Roger Millar downplayed the impact of the layoffs and the vaccine mandate on WSDOT’s ability to clear roads in a timely manner.

A few days later, we learned that the agency had turned down snow plow assistance from Kittitas County officials, who wanted to help clear State Highway 903 through one of their towns, because it was affecting the ability of residents to access food and medical services. The WSDOT declined assistance on the grounds that the county did not have a vaccination mandate for county employees. They hired a private contractor instead.

The Governor’s Vaccine Mandate (Proclamation 21-14 and Proclamation 21-14-1) allows state agencies to hire private contractors as long as the prime contractor (and subcontractors) provide proof vaccination” or have obtained a disability [medical] or a religious exemption for which reasonable accommodation has been provided”. The state may also choose to have the contractor assume responsibility for complying with the governor’s proclamation and, in doing so, be responsible for verifying vaccinations and approving or rejecting exemption requests.

Secretary Millar told lawmakers last week that the contractor they hired had signed a statement to that end, showing they had a “process in place” to verify vaccinations or grant exemptions.

If the WSDOT is going to accept any housing that private contractors provide to unvaccinated employees—and potentially hire those unvaccinated employees to work on state property—they should also be allowed to hire unvaccinated state employees ( or employees of local jurisdictions) to fill vacancies as soon as possible. This would be ideal, especially since we are halfway through winter and there could very well be another weather event like the snow storm we experienced a few weeks ago. The agency needs all the help it can get in emergencies like this, and is refusing help from local jurisdictions that don’t have a vaccination mandate in place and may have a crew. unvaccinated, to then hire private contractors who may also have an unvaccinated crew that they are reasonably accommodating, just doesn’t make sense.

However, it is also obvious that for political reasons, the WSDOT Secretary and Governor will not admit that they have made a mistake, no matter how much harm it does. So while it’s best to end the charade and change the mandate to give the WSDOT more room to hire those it needs for road maintenance, regardless of vaccination status, the best next option is for the WSDOT to rely on private contractors who may be more accommodating. requests for religious and medical exemption. This would allow the agency to retain the facade it wants, while ultimately helping the traveling public.

It’s an absurd result, and it’s ridiculous that the state got into this corner. However, that’s where we are. If the WSDOT (and the Governor) are faced with this situation again in the near future, the public should expect them to handle it much better.