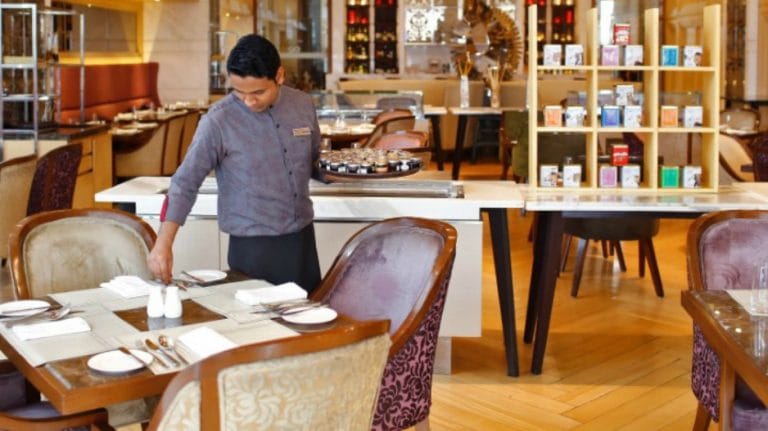 The temporary closure of the Hyatt Regency Mumbai due to lack of funds may have caught the attention of many, but it points to a much greater malaise plaguing the hotel industry in India.

The tourism and hospitality industry, which contributes 8% of the country’s gross domestic product (GDP), has been one of the biggest victims of the COVID-19 pandemic.

The first confinement saw the whole country stop. However, even as the economy opened up, restrictions on travel continued, as did the fear of infection. The second wave not only increased fear of infection and trepidation about travel among consumers, but it also sounded the death knell for the industry, especially for smaller players.

The Federation of Hotel and Restaurant Associations of India (FHRAI) estimates that the tourism and hospitality industry recorded a turnover of over 1.3 million rupees in the last year due to the pandemic.

According to the Hotel Association of India (HAI), hotels of all categories continue to have near zero incomes. Preliminary data from the association shows that more than 40 percent of hotels have closed and about 70 percent, mostly small, will be closed.

Deep Kalra, founder and president of MakeMyTrip also told CNBC-TV18 on June 8 that with the country now entering the 15th month of the pandemic, the period between October 2020 and March 2021 offered only some relief. , but travel and tourism never returned to full steam.

Well-funded organizations in the sector are only a minority, and the biggest impact, he said, has been at the lower end of the pyramid that depends on tourism for a livelihood.

â€œAt the lower levels of the sector, the situation is deplorable and distressing and we do not have a tally of the number of marginalized people like tour guides, people whose livelihood is only on travel and tourism – theyâ€ do. are not taken into account, â€he said.

In total, 70 percent of jobs lost

The dire state of the hospitality and tourism industry has also put the 90 million jobs the industry supports at risk. The FHRAI said that of the 90 million jobs supported by the sector in 2019, more than 50% were lost in the first wave alone. The second wave worsened the situation and resulted in the direct or indirect loss of 70 percent of all jobs.

Industry associations say they have been signaling concerns about the industry’s survival for nearly a year now, after sending several representations to the government asking for urgent support.

â€œAfter the first foreclosure itself, we reported that 30% of properties had not reopened and called for stimulus measures for the industry. This industry needs international tourism, domestic tourism, travel, corporate events, etc. to survive. It no longer exists. There was hardly any recovery from the first wave and the second wave has now brought hotels back to square one, â€said Pradeep Shetty, FHRAI co-secretary.

Hyatt Regency Mumbai owner Asian Hotels West told stock exchanges on June 8 that Yes Bank withheld all of its funds in an escrow account after defaulting on Rs 4.32 crore payments to the bank for the first time. due to the massive impact of the covid19 pandemic.

Hotels say this is also a bigger issue for the industry, as banks are unwilling to extend more credit to hotels, especially medium and small establishments.

HAI Secretary General Bezbaruah said that while support is welcome and may give businesses a break, much will depend on actual implementation by banks. He added that more attention is needed to the serious liquidity problems of the industry.

The two associations have been in contact with the RBI, the Ministry of Tourism and other members of the government to seek support. While HAI recently wrote to Prime Minister Narendra Modi, FHRAI met with Tourism Minister Prahlad Singh Patel and MSME Minister Nitin Gadkari on June 8 and made recommendations on immediate fiscal measures to save the tourism industry. ‘imminent collapse.

The FHRAI told ministers that with the regular closure of businesses and the increase in non-productive assets (NPAs), a sector-specific stimulus package is needed that addresses the most critical aspects of reducing financial losses, mobilization of loans and maintenance of employment.

Their recommendations also included a full exemption from interest on loans from March 2020 until business returns to normal, the announcement of special measures for the industry and the interest charge on loans to be borne by the government. government for a fixed period.

They also called for monthly base salaries to be paid directly to tourism, travel and hospitality workers who have lost their jobs due to the pandemic, a provision of a three-year moratorium on the principal amount of the loan. loan, working capital support with interest on fixed deposit rate plus 2 percent or MCLR rate.

They called for the urgent release of pending SEIS payments, the removal of the secondary condition in the EPCG and the introduction of a long-term funding program of at least 10 years backed by a guarantee from the central government to banks and NBFCs.

HAI, for its part, also called for similar action and called on the Prime Minister for a one-time loan settlement, an extension of loan moratoriums and a waiver of all statutory obligations at the Central, State levels. and municipalities for the pandemic period.

He also called for industry to be granted â€œinfrastructure statusâ€ and for tourism and hospitality to be included in the competing list of the Constitution.

“We also recommended forming a consultative mechanism such as a working group made up of government and industry representatives that will help formulate pragmatic policies and bring the true spirit of public-private partnership,” Bezbaruah said. by HAI.

The level of confidence gradually decreases

For the sector to begin to stabilize, however, industry players expect at least another quarter to be needed.

â€œThe immunization program is essential to build people’s confidence. Hotels are in trouble and in the past two months many more have closed. Our estimate is that at least 40 percent of hotels have closed and that could be smaller hotels, city hotels, and some resort destinations as well. Everyone continued to pay salaries and prepared for this year, but the second wave destroyed people’s confidence and there are apprehensions about travel, â€Priya Paul, president, told CNBC-TV18. of Apeejay Surrendra Park Hotels.

Vaccines and the workplace: what can employers demand or what incentives can they offer employees? – Employment and HR