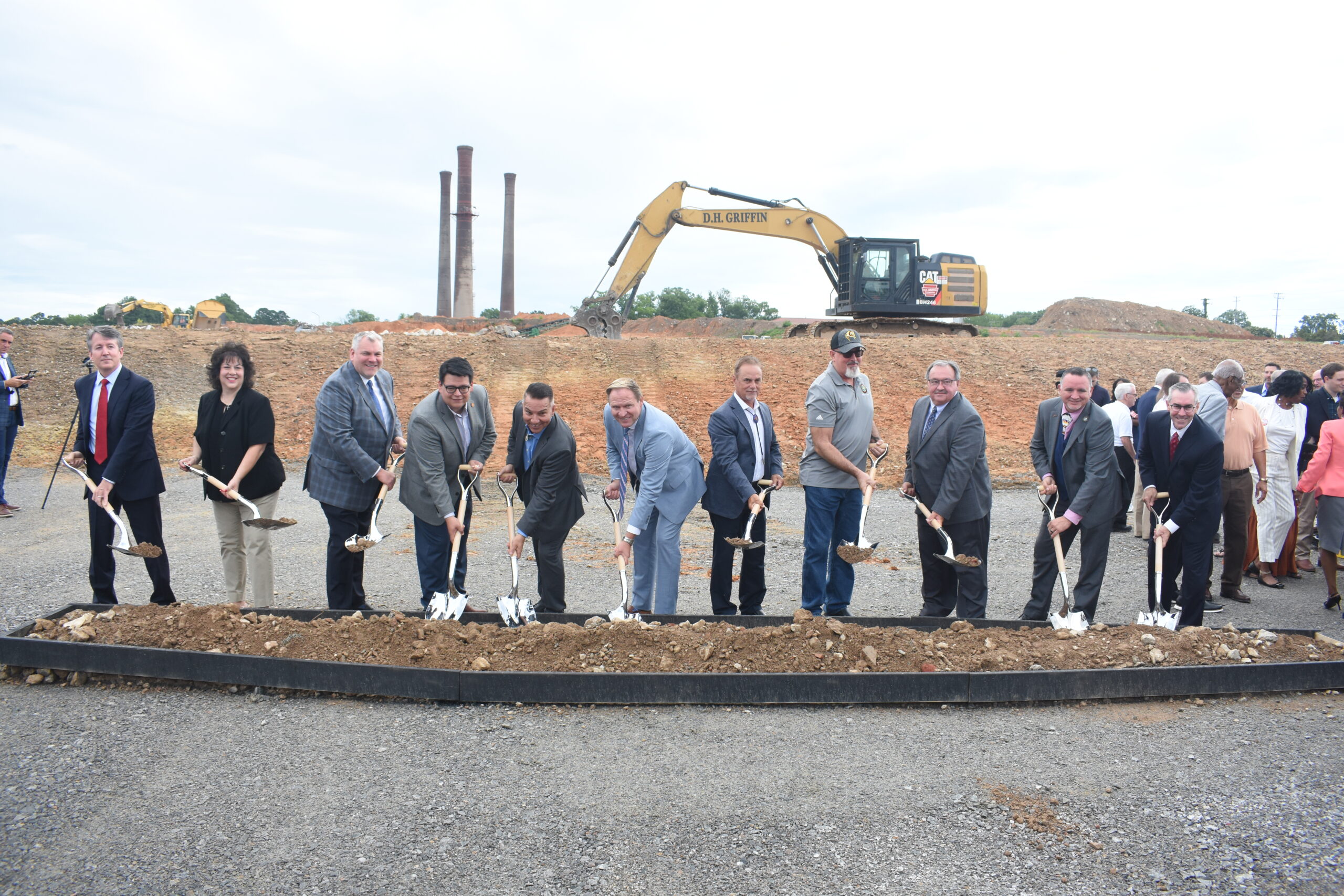 EBCI partners with Caesar for a $650 million casino in Virginia

Thursday, August 11 marked the groundbreaking event for this project, bringing together representatives from EBCI, Caesar’s, the State of Virginia and the City of Danville, Virginia.

The EBCI Tribal Council passed the resolution. No. 510 (2021) in July last year, giving EBCI Holdings the opportunity to negotiate a partnership with Caesar’s on what has been dubbed “Project Commonwealth”. This initial resolution stipulated that the Tribe could be involved by an investment “not exceeding 110 million dollars”. At the time, the project had an estimated cost of $550 million, which has since seen a $100 million increase in the budget due to delays and a “change in scope”.

“When Virginia passed its gaming law, there was a provision in our management agreement, it was a non-competition clause. The Eastern Band has the right of first refusal on any project Caesar’s is involved in within a 300 mile radius. Danville is located in this radius, and we had the opportunity to participate. We are going to be a stakeholder in this project,” said Chief Sneed.

Negotiations for this project were led by EBCI Holdings. Cory Blankenship, who was also present, is a member of the board of directors of EBCI Holdings and is EBCI’s finance and treasury secretary. He offered an overview of the project’s finances.

“The ownership breakdown is 49.5% Caesar, 49.5% Eastern Band of Cherokee Indians, and there is a 1% local owner. In projects like this, because it was a City of Danville project, they can sort of dictate ownership minimums and maximums. They really wanted a local investor to be involved in this project,” Secretary Blankenship said.

The planned opening date for Caesar’s Virginia is sometime in 2024. Initial estimates were hoping for a January inauguration of this year and a 2023 completion date, but several issues have caused delays. This is also part of the reason for the price increase.

“The projected EBITDA (earnings before interest, taxes, depreciation and amortization) on this property is north of $100 million per year. Once we get the final layout of the project, I think you will see a significant amount of resources flowing from this project to the Eastern Strip,” Secretary Blankenship said.

The tribe will own 49.5% of the assets and will also receive the same percentage of profits once operations are underway. The exact allocation of these benefits depends on the Tribal Council.

“It is up to the Council to determine how these revenues will be allocated. The tribal council can say we’re going to follow the same methodology as our Indian gaming revenue distribution plan where half will go to per capita, the other half will go to operations. That determination, as far as I know, is yet to be determined,” Chief Sneed said.

The next step for the partnership is to decide if a temporary structure would be beneficial locally. For the moment, this has not yet been decided.

Barron Fuller, Caesar’s regional president of operations, will oversee this project from Caesar’s side. He says nothing is confirmed, but chances are they will take the route of the temporary structure.

“I think we will explore all the opportunities. The sooner we can get up and running, the better,” Fuller said.

Fuller said he was excited to get more involved with the tribe after developing a relationship with the Harrah’s Cherokee store over the past few years.

“We have had a long-standing relationship with EBCI for 25 years. My involvement has been for the past two years. There was only good. Good frank conversations, lots of business acumen. There are also a lot of good ideas. I think it’s going to be a good relationship like that in the future.

Chief Sneed is delighted that EBCI continues to develop a portfolio and reputation in the commercial gaming industry. The tribe took its first big step in the field with the purchase of Caesar’s Southern Indiana Casino.

“It’s very different from Indiana. I think, as with all things and projects, the naysayers will make it the worst thing in the world. But Indiana was a very difficult state to get into. In fact, if you talk to people in commercial gambling, they’ll tell you that Indiana is one of the hardest states to get licensed. We knew we were really going to have to enter this market at our discretion. and the pity of Indiana regulators. Our people are used to Indian games. I try to explain to people the difference between the two: Indian gambling falls under IGRA regulation. It’s federal regulation…commercial gaming, you’re subject to that state’s regulations,” Chief Sneed said.

“We were fired for the first time. That’s what people have to keep in mind. Although we have been in Indian gaming for 23 years, at that time we were early timers as a commercial gaming entity. So Indiana structured it so they could make sure there would be money to service the debt. They demanded that the lion’s share of profits remain in the hands of a holding company. The tribe owns the holding company.

Chief Sneed said this type of investment is critical to maintaining EBCI’s economic prosperity. He cited that the Catawba Two Kings Casino in Kings Mountain and the Hard Rock Hotel & Casino in Bristol are expected to cause a $100 million hit to India’s Cherokee gambling operation.

“This tribe, like most gaming tribes, has become accustomed to a source of income that nothing in the world can touch, and that is gambling. Next is cannabis. It is imperative that we are involved in the emerging markets.It’s imperative that we be established as a commercial gaming company.Because when other states like Georgia come in.Georgia will be Wonka’s golden ticket if you can get a gaming license in the Atlanta market when it comes to materializing. It’s not an “if”, it will materialize at some point, so we need to be established as a legitimate player in the commercial gaming market. Because we’re going to have to compete with all the big names.

Secretary Blankenship said Caesar’s Entertainment will take over debt financing for this project, relieving some of the project’s initial financial burden for EBCI. He said it opened the door for them to continue to be involved in other projects and build a base.

Secretary Blankenship said there were a few details to iron out, but the bulk of the work was done. The tribe is now expected to fund approximately $125 million, leaving EBCI Holdings to figure out how best to secure the additional $15 million in equity.

“It’s 110 million that have been approved by Council resolution. We will see to what extent the temporary installation can reduce this escalation. Potentially, EBCI Holdings could also contribute to the project with the funds we have. There is a small possibility that we may have to go back to Council and seek additional funding. There’s a much bigger possibility that it’s being handled by some of these other opportunities.

The land is thrown and the joint venture is official. The casino hopes to be open by 2024, and any further development of the project will be followed by the Cherokee One Feather.