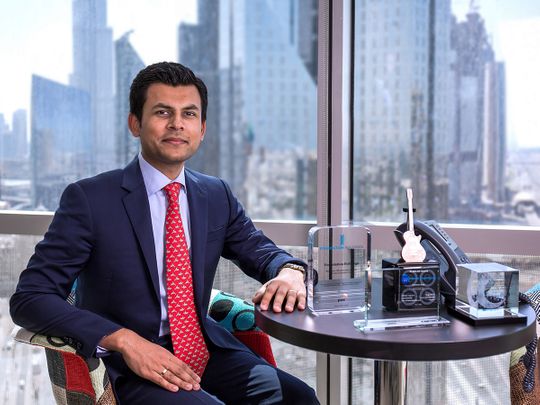 Dubai: Dubai’s Foundation Holdings Co. bought a stake in a Saudi Arabia-based primary healthcare chain, marking its second investment in the kingdom’s rapidly growing healthcare market, and said it plans to ” list the company on the stock exchange within the next two years.

The health and education investment company has acquired 51% of the Shifa Al Munthaza polyclinic, chief executive Abhishek Sharma said in an interview. Foundation Holdings plans to invest around 250 million riyals ($ 67 million) in the primary health care sector in Saudi Arabia, he said, nearly half of which has been spent on the Shifa deal.

The kingdom’s primary health care market is expected to reach 50 billion riyals in 2025, up from 28.6 billion currently. â€œHealthcare in Saudi Arabia is one of the region’s fastest growing markets,â€ Sharma said. “We invest in local champions to make them bigger and stronger, then we take them public and make them more sustainable.”

Shifa Al Munthaza was established in 1992 and serves over one million patients each year in 16 facilities. EFG-Hermes Holding acted as financial advisor in connection with the transaction, King & Spalding and Khalid Nassar & Partners as legal advisor.

Foundation Holdings plans to list Shifa and another Saudi holding company, medical device distributor ProMedEx, in the kingdom – the Middle East’s top market for IPOs in the past year.

The two companies are expected to start trading on Nomu, the parallel small listings market in Riyadh, within the next 18-24 months. Sharma said each company is currently worth around 500 million riyal, and valuations could reach 750 million to 1 billion riyal in the next three to five years.

â€œIn the market volatility caused by the pandemic, the health sector has significantly outperformed,â€ he said in a statement. “We are convinced that Saudi Arabia is on the way to becoming a focal point for health care.”

10 wonderful vacation rentals in Canada for the summer: stays in Canada