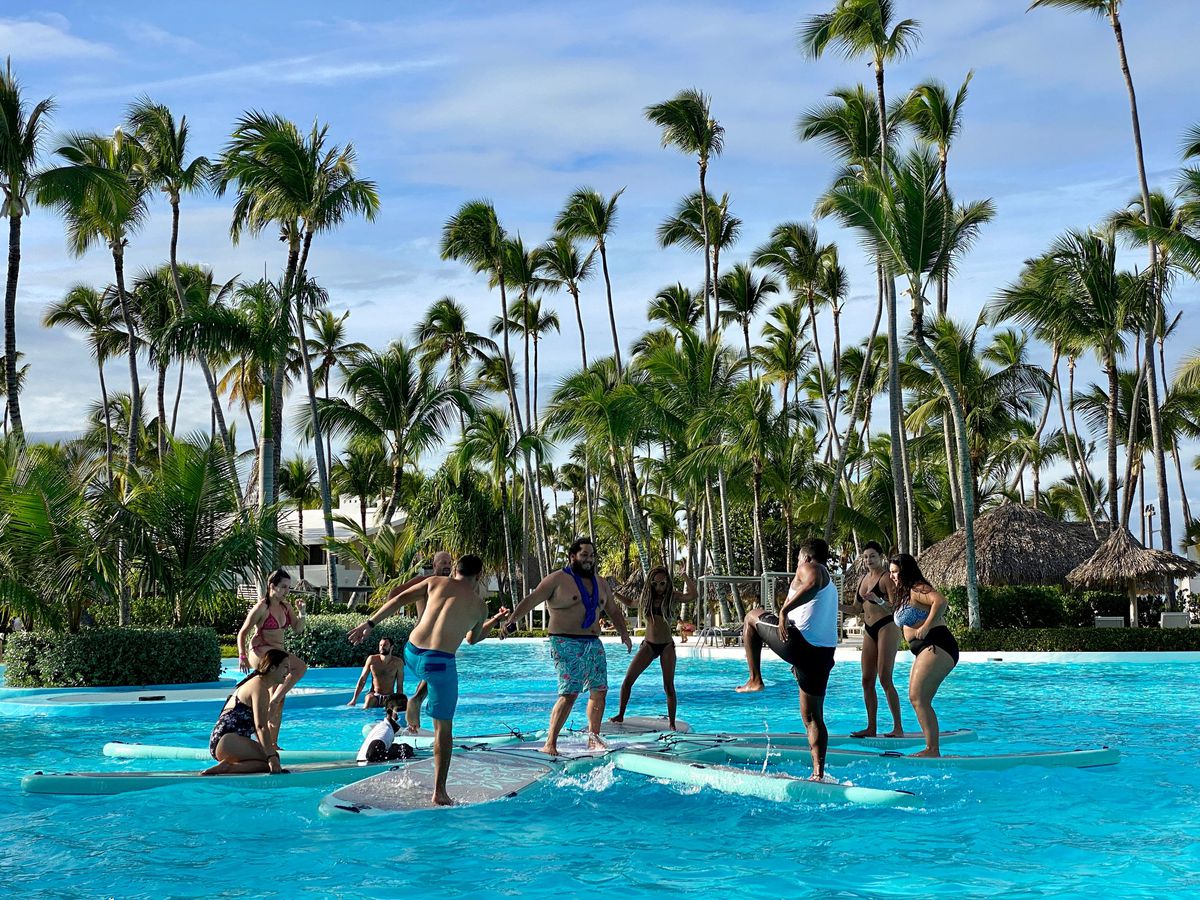 It’s easy to forget about the coronavirus on the sandy beaches of the Dominican Republic. Peter, a German tourist who turned deep pink during his two week vacation, is fully vaccinated and only regrets the end of his trip. â€œThis is paradise. It feels like there is no pandemic here,â€ he said. For health-conscious people who nonetheless want to travel, the lure of a vacation largely being outdoors on a beach is strong, especially when everyone you are likely to meet has already been vaccinated.

The Dominican Republic is leading the recovery in Caribbean tourism, driven by strong demand from American travelers. Almost 60% of Americans are fully immunized, and one effect is a scramble to go abroad and make up for lost time. At the end of May, the Dominican Republic saw a 10% increase in the number of travelers booking to arrive in July compared to the same dates in 2019, before the pandemic disrupted all travel.

There is a pent-up demand emerging now. We expect the same to happen in other tourist destinations such as Spain

The Caribbean nation is a beacon of hope for places like Spain and Greece in Europe, which rely heavily on tourism but are still waiting for vaccination campaigns on the continent to yield results for the sector. The concern now is whether this will happen in time to save the 2021 summer season after the 2020 disaster, although at this point many companies are hanging on to survive.

At 9 a.m. in Las Terrenas, in the northeast of the country, a dozen tourists are already sunbathing, while others are having breakfast on the seafront of the Bahia Principe Grand El Portillo hotel. The scene could date from 2019, but it dates from 2021. Security measures against the coronavirus are however in place. There are daily temperature checks at the hotel, face masks must be worn in crowded areas, and there is plenty of hydroalcoholic gel. The Dominican Republic no longer requires visitors to show a negative PCR test, although many visitors require them to return home, and random testing is carried out at major international airports.

In addition, most of the people that tourists are likely to come into contact with have been immunized. â€œAll hotel employees have been vaccinated to ensure the safety of [tourism] sector. If tourism takes a step forward, we all do it, because many families survive from the industry, â€Dominican Republic President Luis Abinar told media on a trip organized by the Spanish tourism consortium Grupo PiÃ±ero. Abinader also pointed out that the recovery is already underway: “By the end of 2021, we will have similar figures [in arrivals and spending] like before the Covid crisis, â€he said.

The country’s tourism minister, David Collado, explained that direct and indirect revenue from tourism accounts for 22% of the country’s gross domestic product (GDP). â€œFor us, tourism is not a luxury, it is the backbone of our economy. It is good news that for the month of July, bookings are already reaching record levels, especially from the US market, â€he said. “International bookings for the Punta Cana-Bavaro region are already 37% higher than last year’s figures,” added Samuel Pereyra, managing director of state-owned bank Banreservas.

Hotel companies share the feeling of optimism and believe the strong numbers will hold up into the second half of the year. â€œThere are already full hotels and they are asking us to increase the maximum allowed occupancy rate, which is now 80%,â€ said Collado. The occupancy rate was lower overall in the first six months of 2021, but that is expected to change. The Bahia Principe hotel chain received 25% more tourists from the United States during the year through June compared to the same period in 2019. â€œWith what has been booked up to now we are already up 50% â€, said Encarna PiÃ±ero, CEO of the PiÃ±ero Group. Punta Cana is at the maximum occupancy levels permitted by the pandemic.

Meanwhile, Sophia, from Orlando, Florida, is having fun. â€œI am already vaccinated and had a few weeks off, so I came without thinking. And by the end of the year, I want to come back, â€she said, speaking from a Grupo PiÃ±ero resort in Punta Cana.

The American chain Apple Leisure Group (ALG) is in a similar situation. Across the Caribbean as a whole, the company saw a 40.45% increase in bookings between March 14 and May 23 compared to the same dates in 2019. Alejandro Reynal, Managing Director of ALG, expects this. let it be repeated around the world: â€œThere is a pent-up demand that is now emerging. We expect the same to happen in other tourist destinations such as Spain. “

The main tourism markets of the Dominican Republic are the United States (over two million tourists in 2019), Canada (nearly 900,000), France and Russia (over 200,000), as well as Argentina , Germany and Spain (nearly 200,000), according to the central bank of the Dominican Republic. Among the thousands of tourists who plan to visit this year is Mercedes Romera, from Dos Hermanas in the Spanish region of Seville. â€œI am leaving with my parents, my husband and my two children. We are already vaccinated, except for the children, and we wanted a quiet place like SamanÃ¡, where there are hardly any infections and where the workers are vaccinated.

Despite the optimism, the Dominican government remains cautious about the next setbacks the coronavirus pandemic could cause. Overall, this year will still be down from 2019 revenue, and full normalcy is not expected until 2022.

The Dominican government also announced a series of measures to improve tourism, including beach facilities ($ 10 million, â‚¬ 8.46 million), algae control measures ($ 12 million, 10, â‚¬ 15 million with the private sector), beach regeneration ($ 70 million, â‚¬ 59.19 million with the Inter-American Investment Bank) and the upgrading of cultural sites (â‚¬ 90 million, â‚¬ 76 million). Other measures include removing taxes on domestic flights to promote domestic tourism, which rose from 3% to 35% of the sector last year – an increase largely explained by the 68% drop in international tourism. A new connection between Madrid and SamanÃ¡ will also open in July, operated by Air Europa.