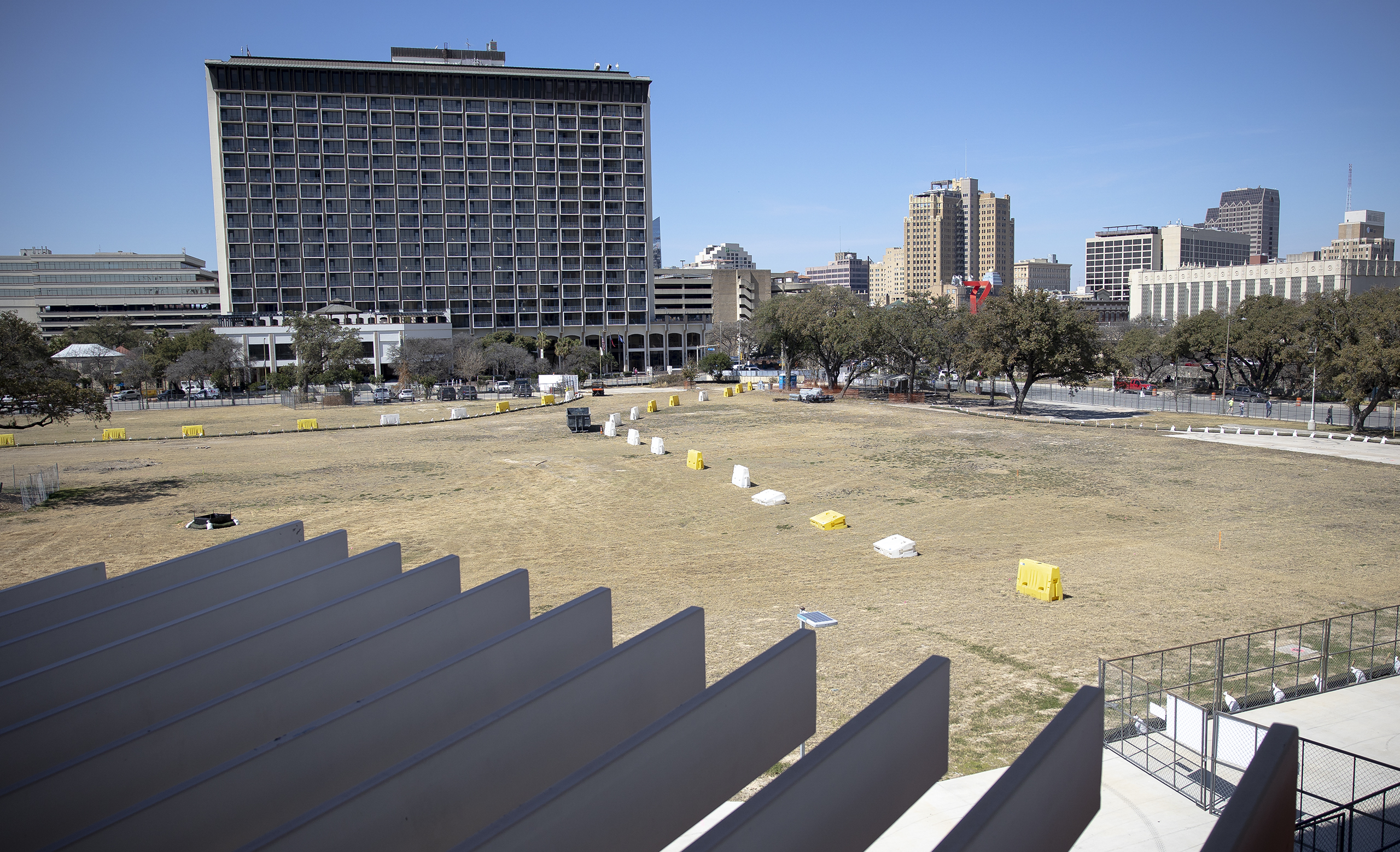 Calling it a better deal for San Antonio, the city council voted Thursday to approve a deal that reinstates plans to turn Hemisfair into a major public space.

The revised agreement between local developer Zachry Hospitality and the Hemisfair Park Area Redevelopment Corporation (HPARC) ensures that Civic Park and a hotel will be ready when San Antonio hosts the NCAA Men’s Final Four in 2025.

“Despite the changes to this agreement, which I believe are an improvement in every way, I see what the community envisioned and approved during the general planning sessions, and I’m proud to be able to move that vision forward.” said Mayor Ron Nirenberg after the vote.

One of the most significant changes to the deal outlined by Deputy City Manager Lori Houston is for less office space and more apartments than originally planned and, due to inflation and the addition of parking spaces, a higher price for the public-private partnership.

The agreement provides for extending the project’s completion date to 2025. Originally set for 2021 by an agreement signed five years ago, Zachry’s construction and lease payment schedule has been postponed until after the Final Four of 2018 and the city’s Tercentenary celebrations in the same year.

The onset of the pandemic in 2020 further delayed Zachry’s plans and changing market conditions prompted the developer to reduce the amount of commercial office space in the development.

Other changes to the agreement allow HPARC to defer payment to the city for the project until 2029 to give the park developer time to raise the necessary funds. HPARC will reimburse the city with interest from an $8.8 million payment due in September 2029.

The city has also agreed to refund all sales taxes on state hotel occupancy to HPARC, which in turn will refund taxes to Zachry to help offset parking fees and other public improvements in Hemisfair. . The city will still collect all San Antonio hotel occupancy taxes and municipal sales taxes.

The garage will be privately funded and operated, but the city has pledged $8 million to the Hemisfair Tax Increase Reinvestment Area to pay for utilities needed for South Alamo Street and Civic Park improvements.

Instead of office space, more residential units will be built in the park, which will also increase the number of affordable units from 38 to 87. Developers will receive fee waivers from the city and the tax system. San Antonio water only for these units, not for the entire unit. project as the agreement previously stated.

Several council members expressed admiration for the City Manager’s role in negotiating the new deal and supported efforts to move it forward.

“I’m really excited that after so many delays that were out of our control, with the challenges we faced, that we were moving forward and I really look forward to supporting this project,” Councilor Mario said. Well done (D1).

Councilman John Courage (D9) questioned whether the city would have offered a more favorable deal had it sought new proposals from other developers.

“I’m reluctant because we didn’t go out to tender,” Courage said. “I don’t know if we got the best offer, but I won’t dispute that this one is maybe better than the one we had a few years ago. But I think we always try to fight for the best like Coach Pop [Gregg Popovich] said.”

Courage also asked what recourse the city would have if the project was not completed on time.

City Attorney Andy Segovia said that since a deal with Zachry was already in place, terminating that contract would have caused legal issues and the launch of other bids would have delayed the project. In addition, failure to meet the deadlines set out in the agreement has consequences.

“Under contract law, you can’t have penalties per se, but you can have remedies that compensate you for … late fees or failure to meet their obligations,” Segovia said. “So, we incorporated them into the agreements.”

Board members voted unanimously to approve the deal. Construction is expected to begin in March 2023.