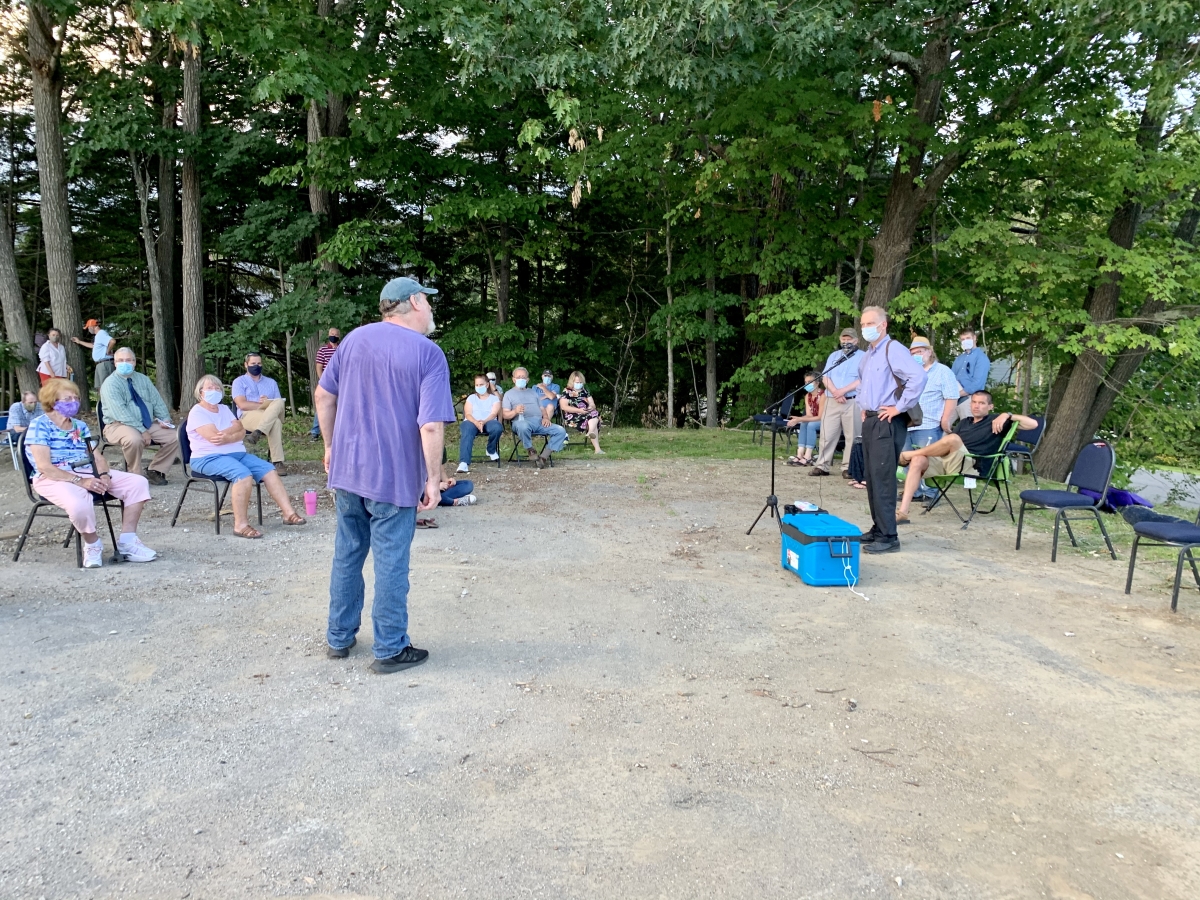 BELFAST, Maine – With high house prices and an obvious shortage of rental apartments, it’s no secret that there is a housing shortage in Belfast.

In an effort to alleviate this crisis, city authorities are working on a large-scale overhaul of the current zoning districts to create new opportunities to build more housing, especially multi-family homes.

â€œThe cost of housing and land has really cost a lot of people a lot of money to be able to live inside the Highway 1 bypass. In some cases in Belfast itself,â€ Wayne Marshall of the Code Office said this week and of city planning. “What is the reality of Belfast today is that there is a dire need for more housing.”

The proposed changes, which will be the subject of a public hearing next week by the Belfast Planning Board, apply to most zoning districts located next to or outside the Highway 1 bypass. They do not would not apply to the densest city center of the city, located inside the ring road.

Some of the changes are based on the overall city map, “with a few twists and turns, as always,” Marshall said. The plan was drafted about ten years ago and approved by the state this year.

â€œOne of the twists and turns we’re looking at is that we’re trying to create additional housing possibilities,â€ he said. â€œNone of this is identified in the overall plan. The comprehensive plan says, â€œYou shouldn’t have multi-family housing in these rural areas. But especially coming from the board, people said, “Damn, we really need to have more options.”

This week, the city sent letters about some of these options to people who own properties in areas that would be affected by the potential changes. The letters included a map of the proposed changes that some were struggling to understand, according to City Councilor Mike Hurley. He said he heard from half a dozen people, all of whom had questions and concerns about the proposed changes.

â€œThey knew this thing meant something but they didn’t understand what,â€ said Hurley. “Without a doubt, no one could understand the map.”

It might make a difference in places like Back Belmont Road, where current zoning limits the owner of a 2 acre lot with septic system to a duplex or a single family home with attached accommodation.

But if the proposed changes go through, that owner could build up to three buildings, with a maximum of four dwellings and eight bedrooms. This is intended to provide flexibility, so that the owner or property developer can build combinations that meet their needs, such as a three-bedroom single-family home plus a few two-bedroom apartments and a one-bedroom apartment.

â€œWe say you have a few options,â€ Marshall said.

North of Route 3, city officials are proposing that Crocker Road, Marsh Road and Waldo Avenue become their own zoning district, which they call a “residential growth zone.”

â€œWhen you look at the overall plan, we think it’s one of the best places to put housing. We would rather go there than in other areas, â€Marshall said. â€œIt’s clearly close to employment centers and relatively close to the city center. It can mean that people are not commuting 15 miles away to do the things they need to do.

The proposed zoning changes would allow larger multi-family structures in this neighborhood – even larger than triplex or quadplex buildings – if the property is connected to a public sewer, he said.

Still, Marshall does not predict that housing will grow like mushrooms even if the amendments pass.

â€œI don’t think there will be a change of night and day here,â€ he said. â€œThe great thing about this code is that it says you can do more tomorrow. ”

He believes the changes would simply allow more possibilities for the future, and also believes they are in line with the city’s long-standing approach to development.

“What Belfast has enabled pretty much is large-scale development pretty much throughout the rural area,” he said. â€œSometimes people have a false sense of [feeling]â€¦ Because nothing happened on the pitch next to them. But it could happen.

The Belfast Planning Council public hearing will be held at 6 p.m. on Wednesday 6 October. It will take place online using Zoom and can be streamed on the city’s website at www.cityofbelfast.org. Those who wish to comment can participate through Zoom or submit comments or questions to the planning department by noon on October 6.

More articles from the BDN

In response to “Eliminate” us “and” them “| Guest column