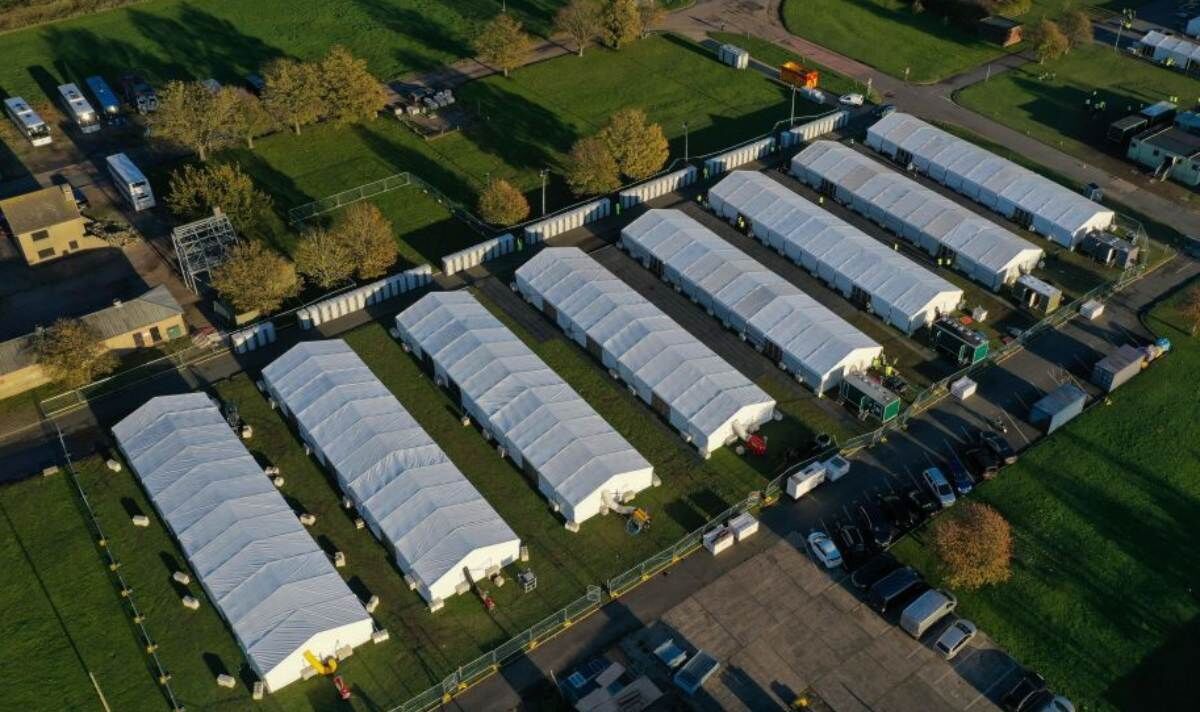 Lawyers for migrants awaiting asylum decisions have filed applications with the High Court insisting that the government provide permanent self-catering accommodation. Among the requests are a father of eight who wanted to live closer to his children’s various schools and another refugee who asked for a four-bed detached house.

With the arrival of unprecedented numbers of asylum seekers, many via small boats across the English Channel, the Home Office has in some cases booked entire hotels to house people for extended periods over applications are considered.

It costs nearly £7million a day, or the equivalent of £2.5billion a year.

It emerged last week that there was severe overcrowding at the Manston migrant processing center in Kent, which had 4,000 people, more than double the number expected.

Today the Sunday Express can reveal that at least 15 families, none of whom can be identified for legal reasons, have lodged claims with the High Court over an allegedly unsuitable hotel or other accommodation.

Although many have fled war-torn countries or oppressive regimes, lawyers have filed a number of claims alleging that housing has had a negative impact on clients’ lives.

Last month, the court heard a complaint from a Syrian family in a west London hotel, claiming that two parents and two children were in a room with not enough space.

He added: “The family does not have access to a washing machine and the laundry service is not frequent enough, which results in the children being bullied at school for wearing dirty clothes. There are no self-catering facilities and the food provided is insufficient.

A claim in September from an Iraqi Kurdish couple with four children, including a UK-born one, moved to the next stage after Mrs Justice Hill heard that a child was severely disabled and that they were being accommodated in two rooms at separate ends of a hallway.

They also argued that “there is no self-contained kitchen and the food in the hotel is not suitable for children, while the rooms are small and poorly ventilated”.

The Interior Ministry promised to move them, but in August that was not the case. Some demands were very specific.

In another complaint, a father of eight wanted a house in a better location in relation to the various schools he used.

Two other complaints complained of “overcrowded” accommodation and delays in moving to longer-term accommodation. The cases were adjourned.

Alp Mehmet, chairman of campaign group MigrationWatch UK, asked how civil action was funded. He said: “It smacks of legal expediency…legal aid would underpin such action.”

The Home Office declined to disclose the total number of similar claims, but confirmed it had lost some cases. He added: “We are ensuring that safe accommodation is provided to asylum seekers who would otherwise be destitute.”

But Tim Naor Hilton, of Refugee Action, said: “The challenges will continue until the government abandons hostility and places people in suitable and appropriate homes.

bengaluru: Vaishnavi Group to renovate the Chalukya hotel in Bangalore