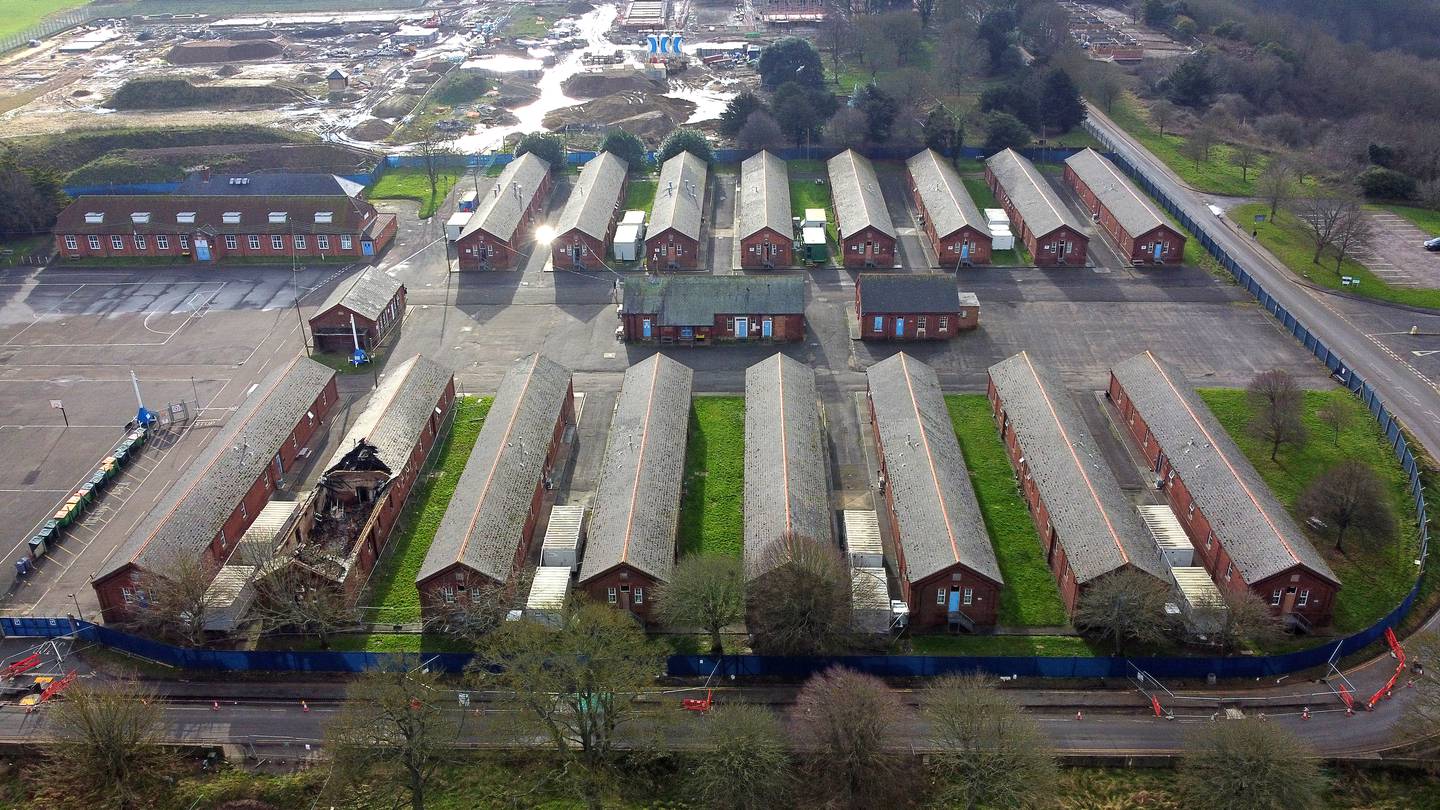 Migrants housed in an aging military barracks in the south of England say they feel like they are in a prison and fear they might contract the coronavirus there.

Residents of Napier Barracks in Kent – many of whom risked death across the English Channel to get to the UK – sleep in 20-bed dormitories separated by curtains.

The Folkestone military site dates back more than 130 years and its use as accommodation for asylum seekers has come under heavy criticism from campaigners, particularly following a coronavirus outbreak last year.

The Home Office says it has made significant improvements at Napier over the past year and expects high standards from its suppliers.

It plans to use another military base near Manston to process asylum seekers in the future.

A man who lived at the barracks for six weeks said: “I can tell you Napier Camp is a very bad place to live.

“You don’t have a room by yourself, you can’t go out for long. It’s very bad because you think it’s a prison.

He says he does not feel safe from Covid-19 at the barracks, adding: “Each time, there are three or four buildings in the quarantined camp”.

Another who had been there for five weeks said the site was old and dirty.

He added: “It’s not safe because we don’t have gates – we are always in danger.”

A man who arrived at Napier Barracks in the past two weeks said staff and security were friendly and polite.

But he added that the bathrooms were “dirty” and said he did not feel safe from Covid-19.

Others spoke of difficulty sleeping in the occupied dormitories.

However, many said the food was good, especially compared to that available in hotels used to house asylum seekers.

A former resident, who was moved out of the barracks towards the end of 2021 after living there for 10 weeks, said: “Camp conditions are good in terms of amenities and good food.

“I haven’t had a Covid problem. It was sure.

Clare Moseley, founder of refugee charity Care4Calais, which has been supporting people living at Napier Barracks since it opened, said: “Accommodation at Napier remains less than ideal, but the effects have been mitigated by limiting the long as people stay there.

“Institutional accommodation located far from local communities can never be the right place for people who have come to the UK in search of safety. It is essential that they can access health care, faith-based centers and other amenities, and integrate into society.

A Home Office representative said: “We provide safe accommodation for asylum seekers who would otherwise be in need, including 24/7 access to healthcare.

“We have made significant improvements to Napier Barracks over the past year and continue to do so, including more recreational and outdoor activities, additional coronavirus testing and reduced capacity.

“Our new immigration plan will overhaul the broken asylum system. We will welcome people through safe and legal channels while preventing abuse of the system. »