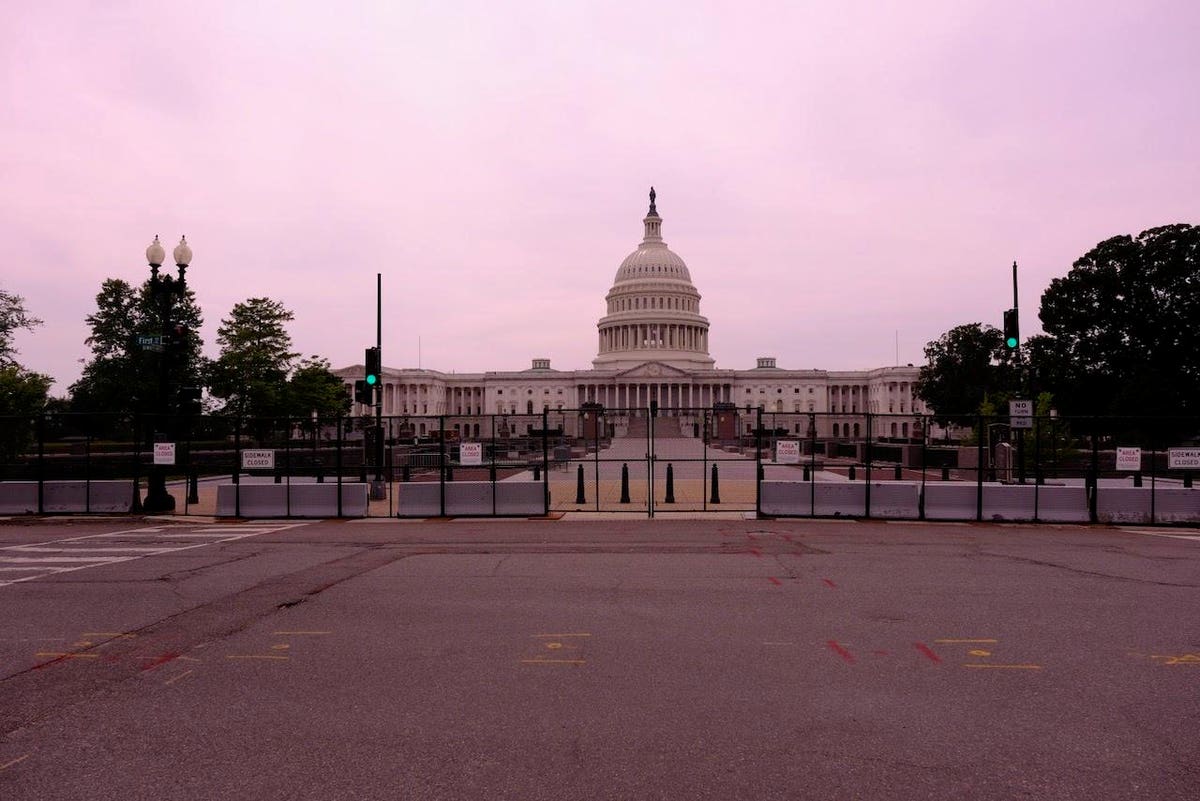 Everything was fine – until we got to Washington, DC

The start of the delta’s surge coincided with our visit to the nation’s capital. It was here, over a period of several weeks, that I began to fully appreciate the damage inflicted on the tourism industry by COVID-19.

And it was here that I realized that it was all not it’ll be OK.

At first glance, everything seemed normal. The new cases of COVID were almost gone. One day, June 26, 2021, DC did not report any new coronavirus infections. Yet, during my visit in June and July, I found that the virus had left a terrible trail of destruction – and that it was probably only at half-time.

The travelers I met on this part of my trip suspected that the worst was not over. They behaved like the accused before the jury returned a verdict: they were nervous. Many knew that traveling was risky, even when they were fully immunized.

This is the fourth in a series on an eight-month, 10,000-mile trip around the United States during the rise and fall of the Delta Variant.

How the Delta Variant Changed Travel

COVID amnesia in the South

By early summer, coronavirus cases had dropped to such an extent that many believed COVID was over. In Maryland, tourism officials were sending mixed messages – encouraging people to visit but downplaying the extent of the damage from COVID. In northern Virginia, they wore brave, forward-looking faces. But Washington, DC couldn’t put a spin on the truth about what COVID had done to it. It was here that I was also confronted with the personal damage that the pandemic had inflicted on my family.

A mixed message to National Harbor

On a typical late June afternoon, the streets of National Harbor, a waterfront development near Oxon Hill, Md., Were packed with tourists and convention delegates. But it was not a typical June. The Gaylord National Resort & Convention Center and MGM National Harbor, which house this convention center, have been closed.

This made the other large hotel, Club Wyndham National Harbor, very busy. On a Friday afternoon, cars lined up to check in. Masked attendants waved guests into busy elevators to their floors.

National Harbor looked surprisingly alive, especially during the evening. But walk down American Way, the main thoroughfare, and turn into the Gaylord, and it soon became apparent that things weren’t normal. The convention center was closed “for renovation”. The grounds were well maintained and they did their best to make the area look occupied – but it wasn’t.

And in the other direction, there is the closed MGM. It was almost as if people were claiming that COVID had not happened, but in a more cautious state of Maryland sanctioned manner. They were disguising and distancing themselves socially, but their attitude seemed similar to what I found further south: “We’ve had enough of the pandemic. Let’s move on.”

Only the pandemic was not ready to pass.

On the Capital Wheel, which offered awe-inspiring views of Alexandria, Va., And the Potomac, COVID precautions reminded me of Disney. Runners wore masks and stood in socially remote queues. An employee cleaned the cabins after each use.

National Harbor’s open message to guests was: let’s go back there and be tourists. His subtle message was: Don’t look too hard; the pandemic is not quite over.

soldiers of Alexandria on

In Alexandria we found a similar situation. Many museums and attractions had limited hours or were closed due to COVID. The Torpedo Factory, which is one of the city’s cultural centers, was not open. But since the start of summer, many activities had moved outside, from the city’s famous sidewalk cafes and restaurants to the legendary Old Town Farmer’s Market.

During the summer, even with Virginia’s stricter masking and social distancing requirements, you could be forgiven for thinking COVID was no longer an issue. It was easy to forget the few King Street stores that did not survive the onset of the pandemic. Closed museums appeared to be temporarily closed, as they would any Monday. At the Alexandrian, masked receptionists worked with photos of themselves without masks. (Under the mask, they assured visitors they were smiling.)

In other words, Alexandria was doing its best to move forward despite the pandemic.

One of the highlights of our visit was a tour of the African American heritage of Alexandria. Our guide, Alexandria City Councilor John Chapman of the Manumission Tour Company, shared another perspective on the city’s past, showing us historically significant sites from the slave trade to the Civil War. And it was there, walking among the tombstones of the soldiers of the Black Civil War, that I came to appreciate the adversity that many people in Alexandria had experienced over a century ago. COVID was just the latest in a long line of challenges – one they were confident they could overcome.

Our experience in Washington was unlike anything we had experienced so far. I had been in contact with one of my regional tourism contacts prior to our arrival. She seemed eager to show me that Washington was on the right track to recovery despite a difficult year. But as our visit approached, his attitude changed. She explained that DC looked good on the outside, but hotel occupancy rates were below 30% on some days, which meant most hotels were virtually unoccupied. And then, shortly before our arrival, she stopped answering my calls.

The Smithsonian Museums in Washington, generally open to everyone, were reserved for ticket holders and some were closed. One of my sons managed to land timed passes for a late June slot to the Smithsonian National Museum of Natural History. But when we got there a dark-faced employee shook his head after glancing at our tickets. They were for that day, in July.

We strolled around the neighborhood, walking along an almost empty National Mall. On an average summer day, this place would be at the heart of visitors. But not this summer.

The experience was too much for my 14 year old daughter. Towards the end of our stay, she decided to end her trip early and stay with relatives for the rest of the summer. Then we lost another parent to COVID. And then I received an email from the wife of one of my readers, informing me that he had passed away.

“I know he liked to correspond with you,” she wrote.

I never knew how close we were to being infected. A few weeks after we left Washington, a friend with whom we had stayed in Arlington developed a revolutionary case.

These developments have left my family grieving, demoralized and exhausted. I thought about stopping one day and going back to Arizona, but we couldn’t. We needed to know what was to come.

We had no idea the worst was yet to come: a tidal wave of delta variant cases that would overwhelm hospitals and further strain the country’s tourism infrastructure was looming on the horizon.

The situation was about to get better, manner worse.

Next: As delta cases start to climb, we’re heading to New England. It is one of the most vaccinated regions in the country, but that was not enough to protect the tourism industry from further damage.