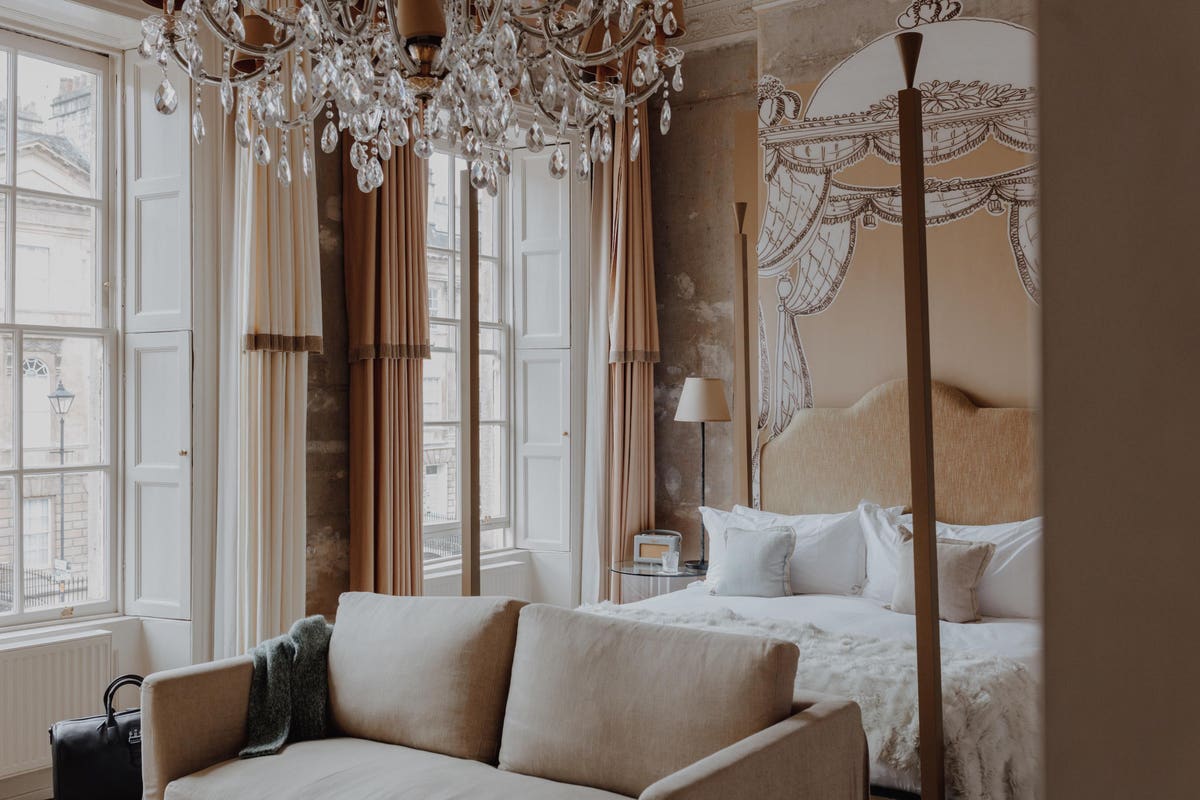 
In the UK, a new hotel trend is emerging. These are bolt holes rather than the main act of a city break; discreet signage is universal; these are not hotels that cry out for themselves.

Row hotels date back to when the country’s aristocrats traveled to London for extended visits. These days, they are designed to be informal; a blend of the Bridgerton style of the venerable and the modern; a happy marriage between history and the new expectations of hospitality.

Henry’s Townhouse (henrystownhouse.co.uk) opened late last year, in a building on Upper Berkeley Street that once belonged to Jane Austen’s brother. The seven bedrooms are complemented by comforters and living rooms while a pantry with a refectory table offers breakfasts, as well as private lunches and dinners on request and minibars. In Austen’s day, coming to town was like relieving the boredom of country life by going to balls; today, row hotels recognize that their customers will want to visit restaurants.

This summer, the 14-room Beaverbrook Townhouse will open near Sloane Square. He’s a brother of the Surrey country house that once housed Britain’s leading press baron. Like the original hotel, the decor was overseen by Nicola Harding.

“We tried to tap into Lord Beaverbrook’s life in London and there is a nod to the Art Deco period he would have been in London; the point is for you to have received an invitation to someone’s private house, ”she says. There will be a restaurant, oriented towards Japanese cuisine.

The Lost Poet will also open on Portobello Road this summer. With just four bedrooms, it’s the smallest of the newer city hotels, but it will connect with the Notting Hill area, including Holland Park, Portobello Market and the local restaurant scene.

With the townhouses, the decor is largely traditional; a heritage-conscious Farrow & Ball paint palette is standard, but with spiritual touches; The Lost Poet’s lounge chairs have been upholstered in Glasgow-based cult Timorous Beasties fabrics.

Most of the townhouses are small, although the Mayfair Townhouse, which opened in December 2020, breaks the rule with 144 rooms. Like many townhouses, however, there is no restaurant; food is served in one of the private dining rooms, at the bar or in guest rooms. All are housed in historic buildings, often Georgian.

London dominates the New Townhouse Market, although Gleneagles Townhouse, an offshoot of the Perthshire original, will open in Edinburgh this fall, with 33 rooms in a former bank on St Andrew’s Square plus a restaurant and bar. (Dining in row hotels may be optional, but bars are not.)

Bath, the main seaside resort of Georgian society, can be seen as the nurturing of the townhouse movement. By the end of the 18th century, its population was fashionable and transient, arriving during the summer months to take the waters and socialize. The big houses on the Royal Crescent were often rented, as were those on Great Pulteney Street where this year the new brand GuestHouse made its first foray into the city hotel market. Owned by three brothers, Tristan, James and Tom Guest, the group’s first hotel, No. 15, has 40 rooms spread over two buildings. Other properties including York and Brighton, another classic Regency seaside resort, will follow.